You might think that the occasional gray hair, fine line and wrinkle starting to stare back at you in the mirror is a sign that time is starting to have its impact felt, but these visible changes as we age are just a symptom of what has been going on at a cellular level inside your body for decades. We all know that you can’t change time, but recent advances in our understanding of aging at a cellular level mean that in the not too distant future we will be able to change the impact that time has on our cells.

And it’s about time. Right now, despite the decades and billions of dollars that have gone and continue to go into attempting to understand and solve the diseases associated with advancing age like Alzheimer’s disease, Parkinson’s disease and cardiovascular disease, we have not made the progress we should.

Researchers are now starting to ask the question – what if we change track and seek to understand the aging process? By slowing aging, we not only spend decades longer in good health, but we push the diseases associated with old age down the road–possibly avoiding them all together.

Why We Decline with Age

With better questions come better answers, progress, and breakthroughs. Nearly a decade ago, in the absence of a single theory regarding aging, scientists reached a consensus on nine key areas of our cells that decline in function as we age. These key areas are called the nine hallmarks of aging, and they all have something in common. If you make them worse, you age faster. If you make them better, you slow the aging process down.

Identifying the hallmarks of aging has given researchers cellular targets to focus on, and has unleashed an incredible amount of human capital focused on solving, or at least reducing, the ravages of aging on our bodies. Researchers armed with tens of billions of dollars in research grants and private equity are now racing to find the answers. And the prize is huge–resolving the aging process, deferring the diseases of older age and extending the time we spend in middle age in good health by decades will transform humanity and will both disrupt and create a trillion dollar industry overnight.

Progress is being made at an accelerating rate, and there are now therapies that have  been proven in mice models that are now making their way into clinical studies. Rapamycin, a pharmaceutical that is typically used for organ transplant recipients, because of its ability to help the body avoid rejecting the organ, is now understood to extend life in mice by up to 60%. Senolytics, molecules that help the body identify and remove senescent cells that increasingly accumulate as we age and literally poison the healthy cells that surround them, have extended life in mice by up to 30%. Metformin, a drug used to treat Type 2 diabetes has been identified to significantly reduce cancer rates and extend life.

And these are just a few of the compounds that have been identified that shift the effect of time on our bodies. These and more molecules being developed right now, plus strategies for healthy aging that have been identified from the blue zones around the world where people live to 100 and beyond at a much higher rate than the rest of us, are amongst the many healthy aging strategies that I featured in my book, “Harnessing the Nine Hallmarks of Aging, to Live Your Healthiest Life.”

As a pharmacist with 30 years of experience, I have spent the last decade working in the biotechnology arena associated with anti-aging, translating the complex world of anti-aging science to make it available for the rest of us. By understanding the nine hallmarks of aging­–adopting simple strategies from the blue zones, and sharing the breakthrough molecules that have not been available to humans in previous generations– I’ve put together a step-by-step, healthy aging strategy. We can all adopt  this strategy and, in the process, significantly alter our aging trajectory and making healthy aging much more of a certainty.

One example of a hallmark of aging is “genomic instability,” which is another way of saying that the negative changes to our DNA in our cells that happen as we age. Your DNA is your cellular instruction set and defines what it means to be a human versus every other living species on our planet. Your DNA is responsible for the difference between a skin cell and a heart cell, a neuron and an insulin producing cell.

Your DNA are molecules that sit at the center of almost every single cell in your body, helping it function, live and thrive. Your DNA does this in an incredibly hostile environment as it deals with the external stress of pollution, mutagenic foods and chemicals, UV light and X-rays, and the internal insults of oxidative stress. Due to these factors your DNA is damaged between 50,000 and 100,000 times per day, per cell.

Because of the importance of having a healthy instruction set, your cells spend a huge amount of resource on the repair and maintenance of your DNA and as we age, and this process starts to decline, which has significant effect on the health of your cells. Take a quick look at the back of your hand compared to the skin on the inside of your wrist to get a sense of the difference between cells exposed to UV damage that hits your DNA.

DNA damage is happening right now in every cell in your body, and over time it affects the ability of your cells to function effectively. Starting as early as your 30s, by supporting DNA repair and maintenance through making lifestyle changes and by taking molecules, like hobamine, NMN and apigenin, as outlined in my book, it can help your body keep your DNA and the other hallmarks of aging in good shape. By following the roadmap of this breakthrough strategy in a healthy aging, you will age better than previous generations have ever been able to achieve.

Greg Macpherson is a pharmacist, entrepreneur and author of, “Harnessing the Nine Hallmarks of Aging: To Live Your Healthiest Life.” For more than a decade, he has been working in the biotechnology sector, specifically focusing on the aging process at the cellular level. This work led him to discover ways to harness the nine identified, scientific hallmarks of aging, which is the premise of his book that addresses the natural aging process, how to age more favorably and simple strategies to slow the aging process and build a functional longevity plan. Beyond theory and concept, Macpherson has used his entrepreneurial spirit to further develop solutions to this new paradigm of aging, described in his book, by launching SRW Laboratories, a science and research based company that curates the latest biotechnology research to formulate natural products designed to help slow the onset of aging and disease, and develop evidence based solutions for those who are experiencing age-related health concerns. SRW, which stands for Science, Research and Wellness, is Macpherson’s natural world laboratory that will develop the preventative formulas from nature required to slow down the aging process based on the nine hallmarks of aging, which include mitochondrial dysfunction, telomere attrition and cellular senescence, to name a few. With aging being the single biggest risk factor for developing disease, Macpherson’s mission to slow the aging process at a cellular level could help millions of people delay the onset of diseases associated with advanced aging like Alzheimer’s and heart disease. 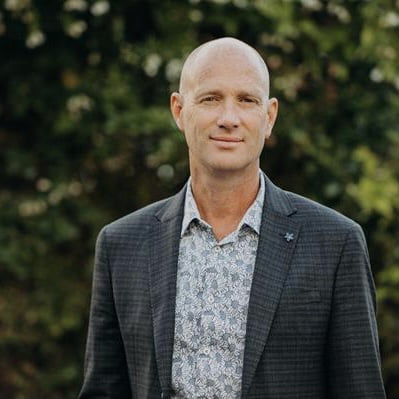