Love is in the air this February at Martin Lawrence Galleries (MLG). All nine of its fine art locations (Soho, San Francisco, Las Vegas, La Jolla, New Orleans, Maui, Orange County, Schaumburg, Dallas) will be offering veteran and first-time collectors alike original and unique paintings, drawings, sculpture and limited-edition graphics from over 40 of the world’s most renowned 20th and 21st-century artists.

Just in time for Valentine’s Day, MLG unveils works by Marc Chagall, Robert Indiana and André Masson, Among others. No expression of love is more eternal than a work of fine art.

“In our life, there is a single color, as on an artist’s palette, which provides the meaning of life and art. It is the color of love”. Marc Chagall

Marc Chagall (1887-1985) was born in Vitsyebsk, Belarus and his artistic view of romance and intrigue greets us in the captivating Chagall Les Amourex en Gris (Lovers in Grey), (Jacques Lassaigne, M.194)1957. Black strokes of the night envelope two lovers illuminated by the bath of light floating from the moon. With beautiful spots of bright colors masterfully placed about, the composition is light and fluid with a sense of movement and peace. The lovers touch their foreheads tenderly and gaze at one another though a grace and attitude that is purely and powerfully Chagall. This beautiful testament to the bond of love must be viewed to be fully appreciated

Honored for his distinct style and pioneering role, Marc Chagall painted dream-like subjects rooted in personal history and Eastern European folklore. He worked in several mediums, including painting, printmaking, and book illustration, and his stained-glass windows can be seen in New York, France, and Jerusalem. Chagall emigrated to Paris in 1910 and began experimenting with Cubism, befriending painters Robert Delaunay and Fernand Léger. Chagall’s style has been described as a hybrid of Cubism, Fauvism, and Symbolism, and his supernatural subjects are thought to have significantly influenced the Surrealists. Though he actively engaged in the Parisian artistic community, art for Chagall was first and foremost a means of personal expression. He rightfully viewed his imagery and allegory as uniquely his own.

“It would be my intention that everybody should have love, and there are a lot of people in the world.” Robert Indiana

Robert Indiana (1928-2018) was an American Pop artist whose work drew inspiration from signs, billboards, and commercial logos. He is best known for his series of LOVE paintings, which employed bold and colorful letterforms to spell out the word “love.” “Oddly enough, I wasn’t thinking at all about anticipating the love generation and hippies,” he once explained. “It was a spiritual concept. It isn’t a sculpture of love any longer. It’s become the very theme of love itself.” Born Robert Earl Clark on September 13, 1928, in New Castle, IN, he adopted the name of his home state after serving in the US military. Indiana went on to receive his BFA from the School of the Art Institute of Chicago in 1954. His work grew in popularity over the decades, with both his LOVE and HOPE motifs transformed into numerous public sculptures. In September 2013, the Whitney Museum of American Art proudly exhibited “Robert Indiana: Beyond LOVE,” the artist’s first retrospective in New York.

The ‘Book of Love’ project was conceived by Robert Indiana as a portfolio of prints and corresponding poems that would make a definitive statement on his masterpiece LOVE, fulfilling his original vision as both a poet and a painter. Each poem has a highly raised embossment of LOVE, trapped in colors, just below the title, each poem hand pencil initialed by the artist.

Today, his works are held in the collections of The Museum of Modern Art in New York, the Tate Gallery in London, and the National Gallery in Washington, D.C., among others. MLG is extremely proud to offer them to collectors.

André Masson (1896-28 October 1987) was born in Balagny-sur-Thérain, a town just north of Paris. A childhood spent close to nature made a lasting impression on Masson, and he drew inspiration from life and landscape imagery throughout his career. At age 11 he enrolled in the Académie Royale des beaux-arts and the École des arts décoratifs in Brussels, where he studied with the Symbolist painter Constant Montald. He first encountered modern art through the work of James Ensor before learning about the ideas of the Futurists and Cubists. At age 16, he was awarded the Grand Prix de l’Académie for painting. While in Paris, he became interested in Nicolas Poussin’s representations of mythological themes, subjects that he would later treat in his work.

During the early 1920s in Paris, Masson joined the new Surrealist group after one of his paintings had attracted the attention of the movement’s leader, André Breton. Masson soon became the foremost practitioner of automatic writing, which, when applied to drawing, was a form of a spontaneous composition intended to express impulses and images arising directly from the unconscious. Hi paintings and drawings from the late 1920s and the ’30s are turbulent, suggestive renderings of scenes of violence, eroticism, and

physical metamorphosis. A natural draftsman, he used curved, expressive lines to delineate biomorphic forms that border on the abstract.

Also included in MLG’s celebration of love are hand-signed serigraphs by Erté, the father of Art Deco, original paintings by Robert Deyber, whose works offer unique visual interpretations of clichés, euphemisms and idioms and Brad Faine, an internationally recognized artist and printmaker.

Please visit any of Martin Lawrence Galleries nine locations across North America, or visit them online at martinlawrence.com 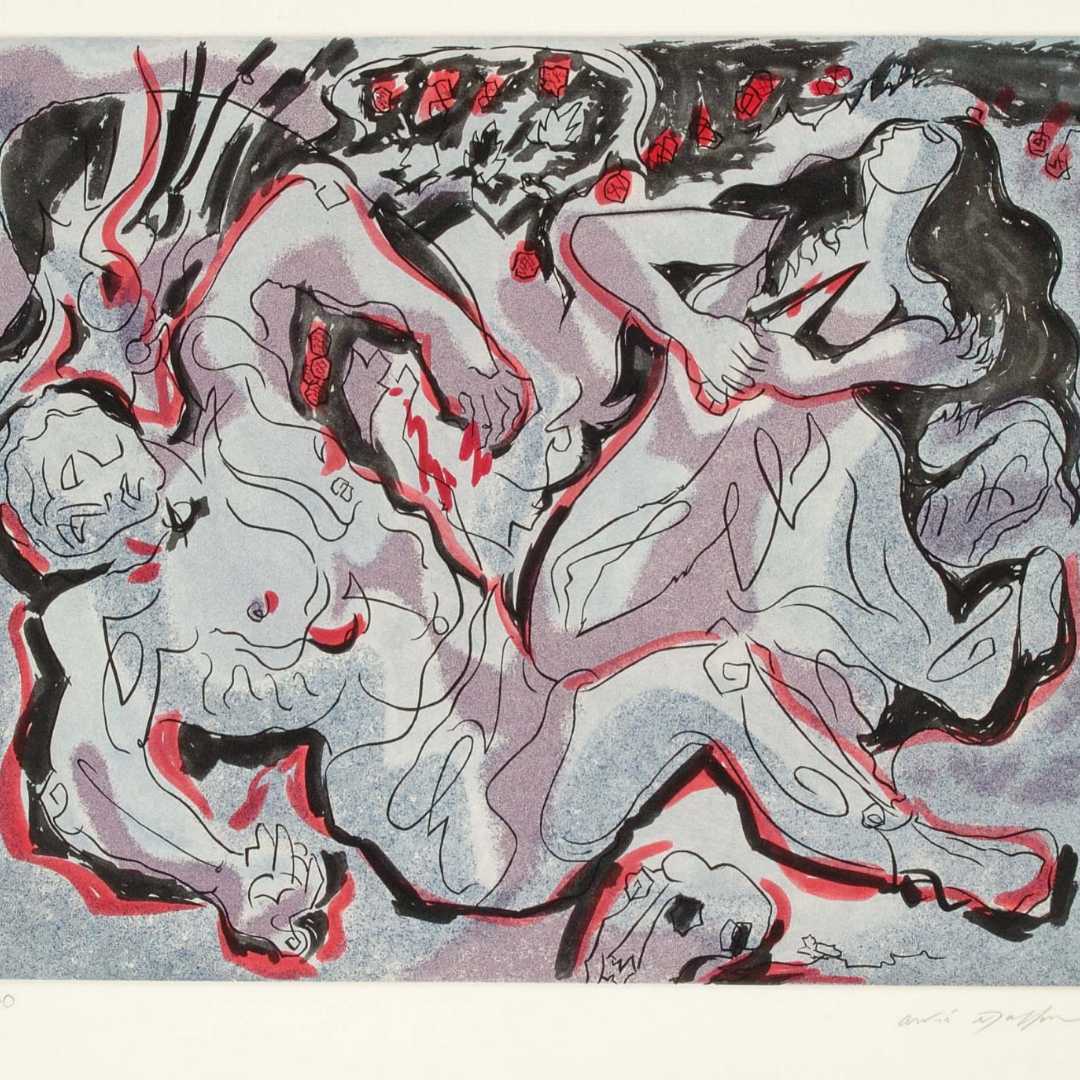