The USA Locations Doing It For The Gram:
The Most Hashtagged Places In America

In 2019, if you don’t take a photo it’s like it never happened. Social platforms like Instagram act as outlets which let us explore places we’ve never seen before – one search of a hashtag and you’ll have everything at your fingertips. But where are the most tagged places in America?

New research from entertainment experts PlayPicks uncovers the most shared locations in the USA, delving into categories from beaches to arenas and festivals, to uncover the most Instagrammable hotspots in the US. Alongside this, PlayPicks ran a survey of the US public to reveal just how reliant the nation is on social media, in particular when it comes to travelling.

Top 5 Most Hashtagged Places in the U.S
Playpicks have scoured Instagram to find the top 20 hashtagged places spanning over nine different categories. These are the top five most hashtagged locations overall in the U.S for Instagrammers: 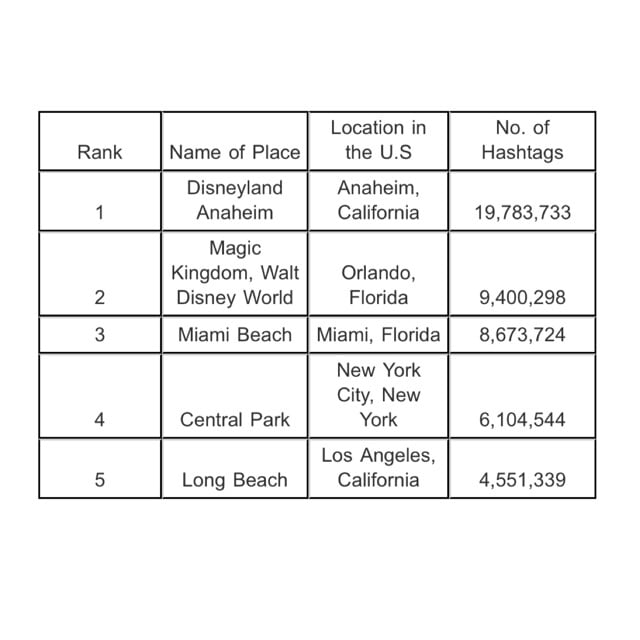 In the age of the influencer, Instagram has a more direct effect on our everyday choices. PlayPicks surveyed the US public to uncover how much of an influence social media really has on our travel decisions and experiences:

To explore the rest of America’s favourite social media destinations, search the interactive tool and find the most hashtagged places in America here.