Designed to bring out the trendsetter in all women, the K-Swiss x EleVen by Venus Williams “Glow Up” collection features flattering cuts, sleek designs, innovative fabrics, and built-in comfort and performance at the core of every piece. With pops of tie-dye and sun-kissed, iridescent hues of bright pink and pearl, the collection was created to make women feel like they’re glowing from inside and out and empowered to take on anything.

“EleVen by Venus is excited to be collaborating with K-Swiss again on a new, unique capsule collection,” said Williams. “K-Swiss has been an iconic brand for decades, so I loved creating looks that combine their timeless style with EleVen’s vibrant and sleek designs. With the ‘Glow Up’ collection, we created dynamic outfits that represent confidence, individuality, and versatility so our customers can feel their absolute best, both on and off the court.”

The K-Swiss x EleVen by Venus Williams ‘Glow Up’ capsule collection is set to launch on May 21, 2021, at 9 am PST/ 12 pm EST. This limited-edition apparel and footwear collection is an embodiment of both renowned brands and will retail on K-Swiss’ website and on Venus William’s EleVen website.

With 7 Grand Slam titles, 5 Wimbledon championships and 4 Olympic gold medals, tennis champion Venus Williams is arguably one of the most accomplished and inspiring women in the history of sports. At the age of 14, Williams quickly took the world of tennis by storm rising to the top-ranked position, breaking countless records, and winning numerous championships. Not only a force on the court, but true to her bold spirit Williams parlayed her fine-tuned business acumen with her healthy competitive spirit into three successful business ventures: lifestyle and fashion-forward activewear brand EleVen by Venus Williams, full-service commercial and residential interior design firm V Starr and plant-based protein company Happy Viking. Throughout her career, Williams has been a steadfast advocate for equality. In 2007 it was her unwavering fight which led Wimbledon to award women players the same pay as their male counterparts and most recently, she launched an awareness initiative called the #PrivilegeTax in conjunction with EleVen to bring attention to the wage inequality and unveiled a platform of resources for young women to get inspired and address the issue on a grassroots level. Williams holds a Bachelor of Science in Business Administration from Indiana University East and an Associate of Science in Fashion Design from The Art Institute of Fort Lauderdale. More information can be found on her website.

ABOUT ELEVEN BY VENUS WILLIAMS

Founded by tennis champion Venus Williams, EleVen is a fashion-forward activewear and lifestyle brand creating premium women’s tennis and everyday apparel. The brand was started with the dream of creating a community to help empower women to feel and do their best in clothing that they can feel confident in on and off the court. Designed with attitude and confidence for peak performance, EleVen never compromises on quality, fit, or comfort. Each collection is engineered with innovative and proprietary materials that enhance workouts, keeping you dry, cool and UV protected. More information can be found at this website.

From the beginning, K-Swiss has been driven by an entrepreneurial spirit when two Swiss brothers moved to California to create a footwear brand focused on tennis. As avid skiers, the brothers took inspiration from leather ski boots to create a tennis shoe that supported the aggressive side-to-side movement. Introduced in 1966, the K-Swiss Classic was the world’s first all-leather tennis shoe and powered some of the best tennis players of the time to win major championships. It quickly gained worldwide acclaim and became a style statement both on and off the court, corn casually in country clubs and just as fashionably on city streets. More than 50 years later, K-Swiss is building from its heritage as an American tennis brand and writing new chapters in its storied history. Paying homage to the hard work of our founders and the competitive nature of the game that inspired it all, K-Swiss is dedicated to outfitting and inspiring the next generation of entrepreneurs. For more information about K-Swiss please visit this website 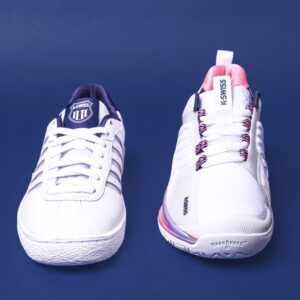 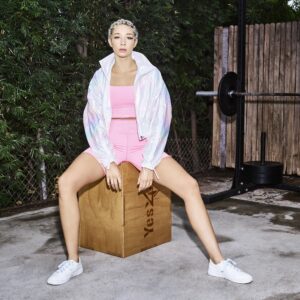 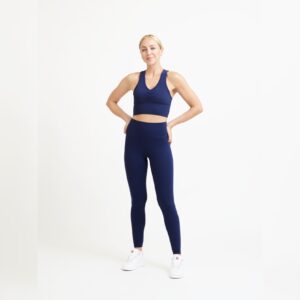