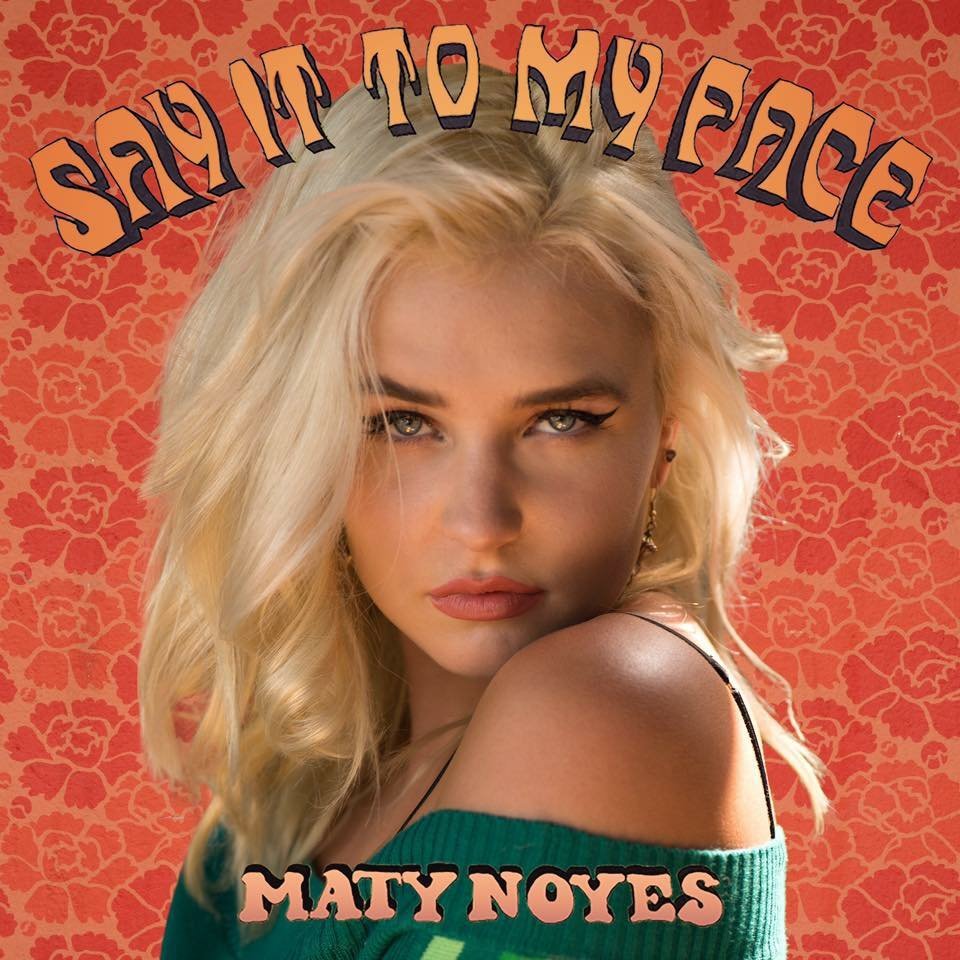 “It may just might be her most impressive release to date.” – Billboard

“Maty Noyes helps us hold on to the season for just a little bit longer with her new feel-good summer pop anthem.” – FLAUNT

Maty Noyes has just shared the acoustic rendition of her late-summer pop anthem “Say It To My Face” [Lava / Republic Records]. “Say It To My Face” follows the release of Maty’s debut EP, Noyes Complaint and her recent single, “London”. The new track has already surpassed 2.5M Spotify streams and was heavily buzzed about by The New York Times, V Magazine, Flaunt, Idolator, and more.

With a blockbuster voice, sexy je ne sais quoi, and charisma for days, Maty Noyes flips pop music upside down. Originally hailing from Corinth, Mississippi and currently based in Los Angeles, her voice has driven smashes across the spectrum of genres. She made a buzzworthy introduction as the featured vocalist on “Angel”—the closing track from The Weeknd’s GRAMMY® Award-winning, chart-dominating triple-platinum epic Beauty Behind The Madness. On the heels of that success, she wrote and featured on Kygo’s RIAA gold-certified international smash single “Stay,” which reached #1 on Billboard’s Dance Airplays Chart, #2 on the iTunes US Dance Chart, and #8 on Spotify’s Global Top 50 Chart with over 417M streams to date. She also joined Kygo’s SOLD OUT in addition to delivering key performances at the 2015 VH1 Live In The Vineyard showcase and the 2015 Nobel Peace Prize Concert.

2016 saw Noyes premiere her debut single “In My Mind” via FADER. The song quickly became a Spotify mainstay and has amassed over 100 million streams. As her NOYES Complaint debut EP earned critical acclaim, she dove headfirst into assembling her forthcoming full-length debut with GRAMMY® Award-nominated songwriter and composer Stephan Moccio (The Weeknd, Miley Cyrus and Celine Dion). She kicked off 2017 with a brand new banger entitled “London,” setting the stage for more music to come. New York Times described its follow-up “Say It To My Face” as “A calm, mature, post-electronic-dance-music anthem.”

Get ready to hear a lot more Noyes in 2017 and beyond.