*While the exhibition is live all artworks are an additional 19% off list price. Contact The Untitled Space for more info.*

The Untitled Space is pleased to present “NO END TO LOVE” a limited time Artsy online exclusive exhibit of works on paper by artist Fahren Feingold, launching on April 14th, and on view through April 30, 2020. While the exhibition is live all artworks are an additional 19% off list price. New works will be added daily!

Watercolor artist Fahren Feingold imparts an ethereal quality to her unique works depicting the female form. Her watercolors featuring bold feminine nudes reference imagery from early 20th century French erotica, vintage American magazines from the 70s and 80s, and today’s Internet girls. The Los Angeles native moved to New York at the age of seventeen to study at the Parsons School of Design. After earning her BFA between Parsons and Glasgow School of Art, she worked as a fashion designer for top brands including Ralph Lauren, Nicole Miller, and J.Crew, among others. In 2016, her dreamy watercolors caught the eye of the legendary Nick Knight, who commissioned her to illustrate Paris Fashion Week for SHOW Studio. Since then, her work has been featured in numerous international exhibitions including “Moving Kate,” curated by Nick Knight for the SHOW Studio in London and The Mass in Tokyo; “The Vulgar” at The Barbican in London, curated by Judith Clark and Adam Phillips; “Red Hot Wicked” at Studio C Gallery in Los Angeles; as well as The Untitled Space group shows “UPRISE / ANGRY WOMEN” and “SECRET GARDEN” curated by Indira Cesarine and “LIFEFORCE” curated by Kelsey and Remy Bennett.

Celebrated as “a trailblazing artist on a meteoric rise” by Vogue, her watercolors have steadily gained recognition from collectors and critics alike for their sensitive, dreamlike colors, graceful brush strokes, and rendition of the female nude. Through her erotic depictions, Feingold gives new voices to women of the past and present while exploring larger notions of women in contemporary society. She had a solo show curated by Indira Cesarine at The Untitled Space in September of 2017, as well as a solo show presented by the gallery in collaboration with brand Fleur du Mal in 2018 titled “The Peep Show”. Her work was featured at SPRING/BREAK Art Show in both the “EDEN” (2019) and “(Hotel) XX” (2018) exhibitions presented by The Untitled Space, and was recently featured at Sotheby’s New York for the annual “Take Home A Nude” benefit exhibit and auction in October 2019.

Indira Cesarine created an immersive installation featuring photography, sculpture, video art, and mixed media works. The gallery was transformed into a maze through which viewers could experience her contemporary female gaze on Surrealism, a theme the artist has been exploring through a variety of mediums over the past several decades. “THE LABYRINTH” is a surreal odyssey that reveals through its passages a kaleidoscopic universe of subconscious realities bound by the contrasts of hyperrealism and ethereal symbolism. “THE LABYRINTH” explores the juxtaposition of contrasting opposites, dimension, distortion, and the power of light to engage and reflect on our own stream of consciousness while provoking the tangibility of perceived realities. The result is a journey through our fantasies and expectations, rendered through the lens of dreams and desires. “THE LABYRINTH” exhibition and installation feature Cesarine’s most recent body of work, as well as select works from her “Goddess”, “Les Fleurs du Mal”, “Pandora’s Box” and “ONLY YOU” series. Experience the works online in our viewing room!

JESSICA LICHTENSTEIN “DO THEY MAKE A SOUND?”

For SPRING/BREAK Art Show 2020, Lichtenstein’s immersive installation ponders the question, “If a tree falls in the forest, do they make a sound?” The exhibition presented a forest scene, with trees falling and leaves, in the form of female figures, scattering. The viewer became fully engaged in her conceptual landscape which featured snippets of news carved into the trees like love notes. The floor became a reflection of the scene with paper leaves in the shape of girls echoing statements as well as the voices, the “sounds” of these women. To create her environment the artist built the landscape with layers upon layers of images, a bombardment of colors and characters. The viewer was able to explore and discover unique details throughout the scene that played with notions of perception, including hidden moments and words that with closer view reveal themselves.

Nichole Washington is a visual artist known for her mixed media artworks exploring feminine strength, spirituality and identity. In 2016 she graduated from School of Visual Arts where she earned a master’s degree in digital photography. Her work has been exhibited in galleries and institutions across the United States including the Charles H. Wright Museum of African American History. In 2017 she was one of ten recipients of the Enfoco Photography Fellowship. Washington’s work is featured in the inaugural issue of “MFON: Women Photographers of the African Diaspora” and has been featured in several benefit auctions including The Heliotrope Foundation, Groundswell and Art4Equality. Her work has been exhibited in a number of group shows at The Untitled Space including BODY BEAUTIFUL, IRL: Investigating Reality, ONE YEAR OF RESISTANCE, and SHE INSPIRES.

In her latest exhibition, Nichole Washington pushes the boundaries of her identity by creating portraits that are bold, non-conforming and liberated. She uses manipulated photographs and bold paint strokes to figuratively and literally break out of “the box” of normative behavior. Through this process she creates super-heroine characters that exist in an imagined space meant for healing and transformation.

The Untitled Space is looking for an artist with an exceptional body of work for this unique opportunity. Artists who submit may also be considered for future opportunities with The Untitled Space such as international art fairs, group shows, and future solo shows at the gallery.

The exhibit opportunity is open to submissions until April 26, 2020

ABOUT THE UNTITLED SPACE

The Untitled Space is an art gallery located in Tribeca, New York in a landmark building on Lispenard Street. Founded in 2015 by Indira Cesarine, the gallery features an ongoing curation of exhibits of emerging and established contemporary artists exploring conceptual framework and boundary-pushing ideology through mediums of painting, sculpture, printmaking, photography, video and performance art. The gallery is committed to exploring new ideas vis-à-vis traditional and new mediums and highlights a program of women in art as well as special events aligned with our creative vision. 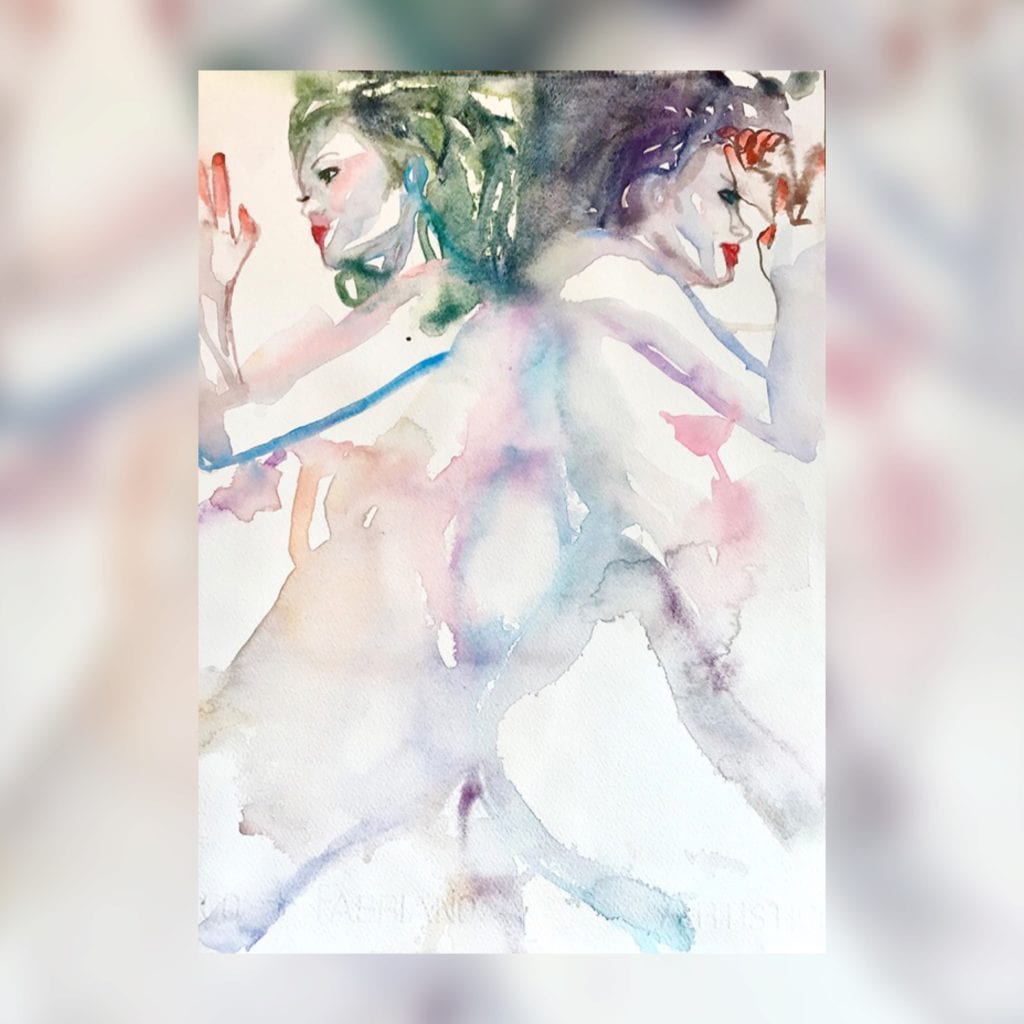 “HOOKED ON A FEELING” by Fahren Feingold 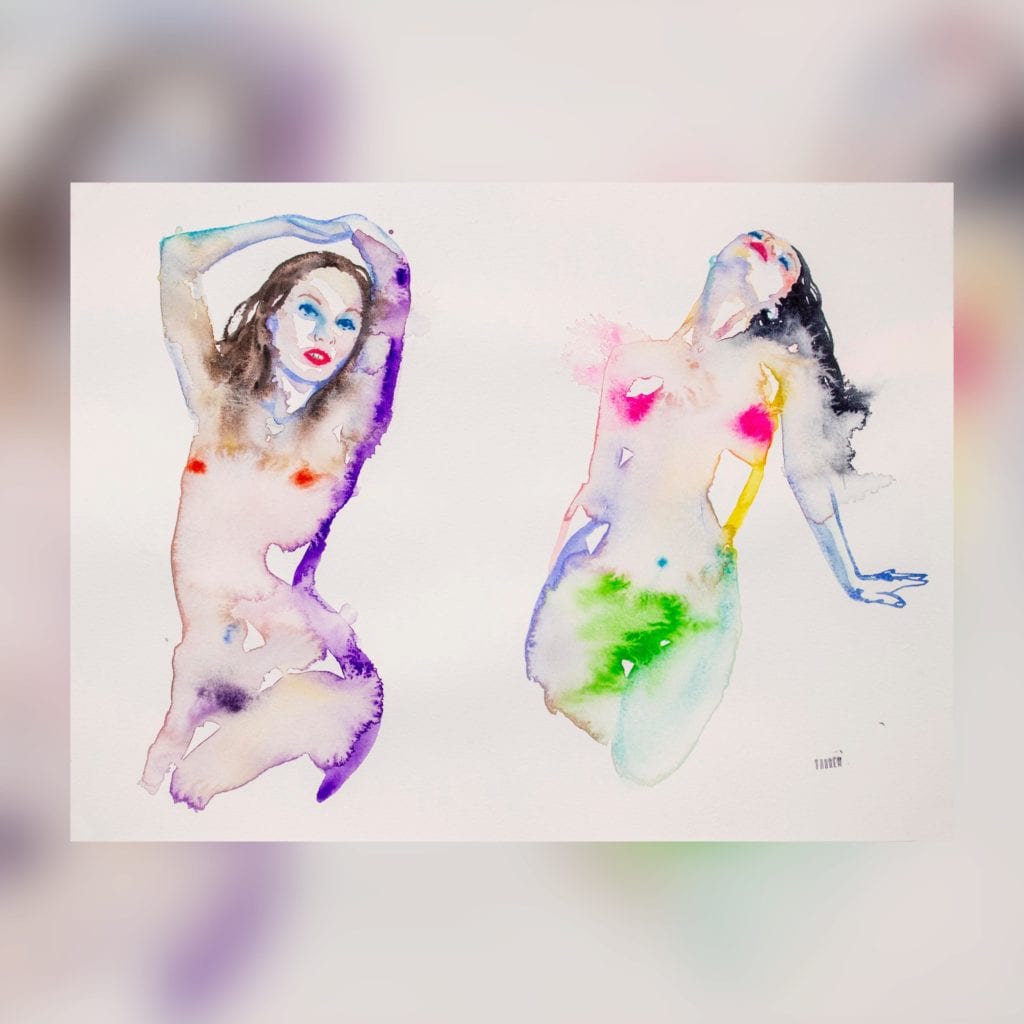 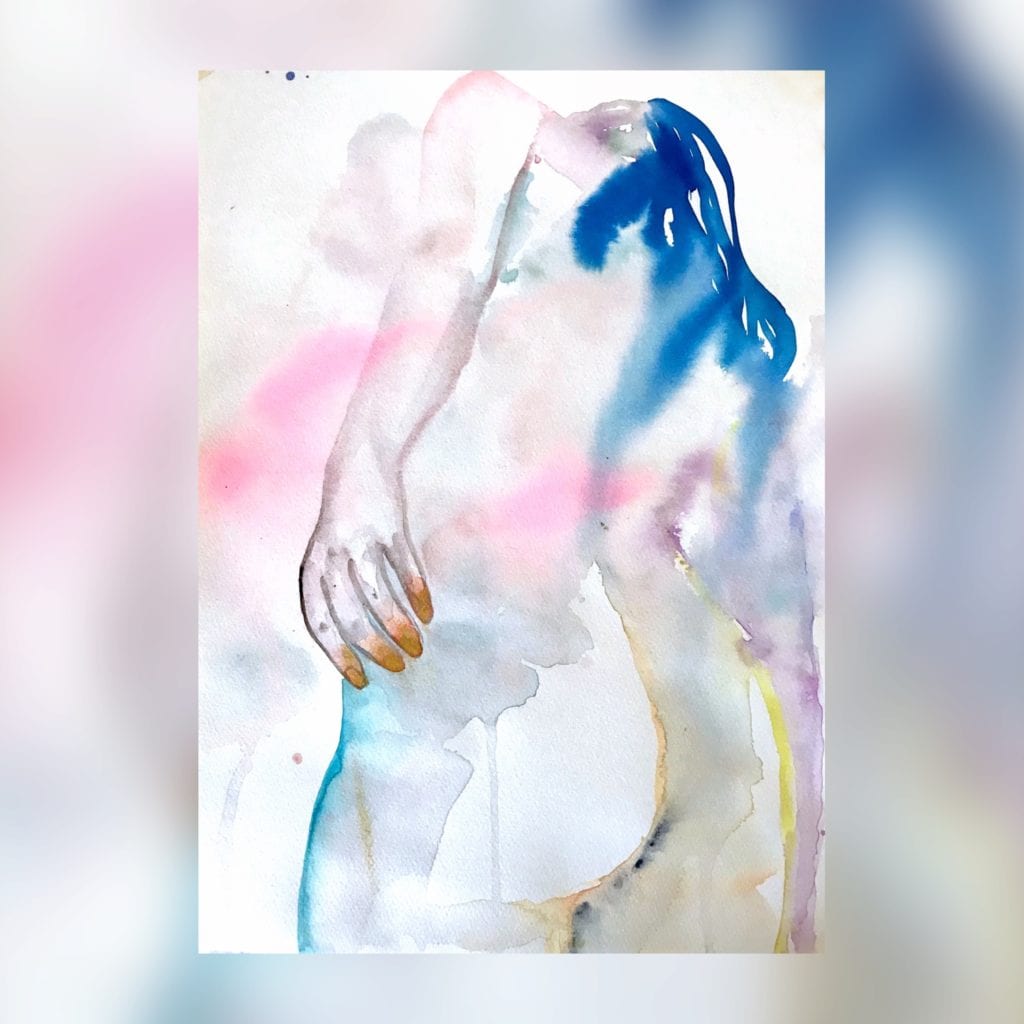