The “angry voter hypothesis” is a popular narrative that many voters are driven to the polls by economic anxiety. But a new study shows that hundreds of thousands of Americans hit by the 2008 recession actually avoided participating in subsequent elections.

The same phenomenon could happen this November as the United States experiences historic levels of unemployment, said the study’s author, Ben McCartney, an assistant professor of finance at Purdue University and an expert in household finance and voter participation. With so much financial distress on their plate, voting could be the last thing on their minds. “My concern going forward is that this story is going to repeat itself,” he said.

McCartney found that a 10% decline in local home prices decreased the participation rate of an average mortgaged homeowner by 1.6%, amounting to 800,000 potential votes over the course of the 2010 and 2012 national elections. The effect was less intense for renters and particularly severe for homeowners with little to no equity in their homes. He estimated that financial distress from the economic downturn was to blame.

McCartney used North Carolina voter files, housing data and Zillow home values for his analysis. His findings were recently published online as an accepted manuscript in The Review of Financial Studies.

“It’s a case where the opportunity costs now of voting are very high for some people,” he said. “It’s relatively easy for people to say, ‘I’m not going to worry about it this cycle. How do I figure out if I’m registered to vote? Where’s my polling place? Who is running for the various offices? I’ve got too much stuff on my plate, the economy is collapsing and I’m trying not to foreclose. Maybe now I’m taking care of the kids myself instead of sending them to day care, maybe I’m working more hours or working overtime.’ That is the story that I find fits the data better than this angry voter hypothesis.”

Fortunately, home prices have remained stable during the recent economic downturn due to high demand and low housing stock. But Zillow estimates prices to drop by 2%-3% and rebound by next year.

Four of 10 states that held their primary elections on June 2 saw a decline in voter turnout compared with 2016, according to analytics website FiveThirtyEight.com. The expansion of mail-in voting could have contributed to higher turnout in the six other states, according to the report.

McCartney said that potential voters could be more concerned about recovering from closures, furloughs and layoffs due to the COVID-19 pandemic. “Households hit hard by this crisis are going to turn to credit cards and short-term loans,” he said. “Even if the economic ship is somewhat righted by November, a lot of households’ financial situations will have really deteriorated. And, for financially distressed households, voting is something easy to just drop from the to-do list. The implications for voter turnout are worrying.” 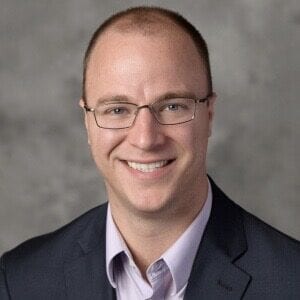 McCartney is a faculty affiliate in the Purdue University Research Center in Economics. His research was supported by Purdue’s Krannert School of Management and Duke University.

Purdue University is a top public research institution developing practical solutions to today’s toughest challenges. Ranked the No. 6 Most Innovative University in the United States by U.S. News & World Report, Purdue delivers world-changing research and out-of-this-world discovery. Committed to hands-on and online, real-world learning, Purdue offers a transformative education to all. Committed to affordability and accessibility, Purdue has frozen tuition and most fees at 2012-13 levels, enabling more students than ever to graduate debt-free. See how Purdue never stops in the persistent pursuit of the next giant leap here.