Brooklyn Michelle, a multi-talented recording artist and producer, premieres her highly-anticipated music video for “Come Here” today. Michelle originally recorded “Come Here” five years ago on her Soundcloud. However, the song has blown up in popularity since, so she decided to rerelease the perfected single with a brand new video–which can be viewed here.

Though Brooklyn Michelle is busy taking the world by storm with her upcoming sophomore album, production company, art work, charity festival, streaming and more, she took the time to speak with 360 Magazine about her inspirations for creating music, the story behind Waffledog Productions, and her upcoming projects in 2021.

I’m looking forward to seeing everyone’s reactions to the music video! This is by far my favorite one I’ve produced yet. Plus, it finally has my Waffledog Productions logo right at the beginning to grab everyone’s interest. I’m hoping this leads to other artists wanting me to produce their music videos! I think I’ll finally have time to start doing that this year.

My style has definitely taken on a more groovy aspect than what it was with my debut album “Lithium”. I’ve realized now that the deciding factor on if I like a song or not is the bass line. So, for my sophomore album, I’ve prioritized producing every song around a bass line that either my bass player Monty or I wrote. So whether the tone of a song is happy or sad, you’re still gonna be able to groove to it a bit.

I get a lot of my inspiration from watching other music videos, but even more so from movies lately. I’ve noticed Ari Aster tends to do this very long push in or pull away shots in his movies which is what inspired the long hallway shot in the second verse of the “Come Here” music video. I added a little spin to it though too (literally).

I wanted to play off of my debut album’s title “Lithium” while also contradicting it. This is going to be a whole new style from me, yet [it is] still cohesive in a way to know it’s my sound. Lithium was about my struggles with bipolar disorder and looking for an outside answer to make me feel better. Placebo is about my struggles of a failed relationship, and looking within myself for how to feel better.

I originally created a YouTube channel with this title in the 4th grade. My friend Joanna and I would make skit videos. I kinda did the YouTube thing up until my senior year of high school. I loved writing scripts, making spoofs and eventually created a music account for cover videos. Once it became time to make my first music video, I realized I’ve been doing this my whole life. I know exactly how to plan everything out and bring my visions to life. I now realize I love making videos more than music itself and want to eventually get into TV and film too. And, c’mon, Waffledog is too cool of a name to not use to this day.

This event takes place in San Antonio, Texas. The venues have changed every year, but if Covid seems to be under control by fall, I would like to have 2021’s festival at The Paper Tiger in October. If you’d like to donate to our affiliate, you can go to PanCan.org and search for the San Antonio Purple Stride page. That is our annual 5k that we fundraise for all year.

I do! But nothing [that] I can tell anyone just yet. You’ll have to follow me to find out hehe. 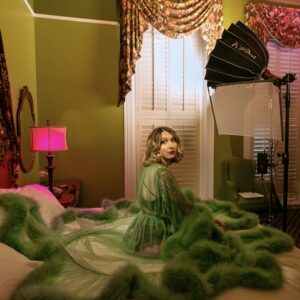 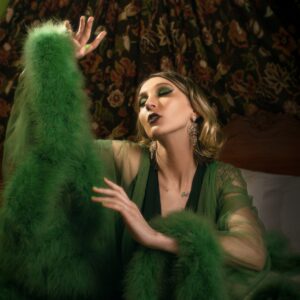 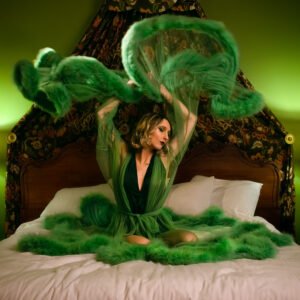