At the edge of Pennsylvania lies the gorgeous, lively, and progressive city of Pittsburgh. What makes up the city – the people, the culture, the entertainment, and everything in between – will keep you coming back for more. Founded in 1758 by our first president, George Washington, and British general, John Forbes, Pittsburgh has come to be the 27th largest city in the United States. It has a metropolitan population of over 2 million, and a density of around 5 thousand square miles. It is surrounded by three crystal clear rivers – the Monongahela, the Ohio, and the Allegheny. The Allegheny, being the biggest of the three, is the main headstream of both the Mississippi and Ohio rivers. Three must be the cities lucky number because not only are they known for their three beautiful rivers but also their three identical bridges, the Three Sisters. The city has been named “most livable city” by Forbes and The Economist with a high regard to its environmental design.

If you are looking for a quieter and financially friendly Pittsburgh visit due to lowered cost of accommodations and hotel/vacation rental stays, February is the month to go, although be wary as it is the coldest month with an average in the thirties. The sunniest month in Pittsburgh is July, where you can bask in the warm sun at the beautiful Phipps Conservatory and Botanical Gardens. There, you can join “Let’s Move Pittsburgh” for fun summer activities from free fitness classes to arts & crafts, or even lay out a blanket for a relaxing picnic surrounded by multicolored orchids and other flowers alike.

If you’d prefer to experience a locally-owned gem, make your way to The Vandal, a trendy restaurant in the neighborhood of Lawrenceville where all food is locally sourced and grown. Maybe you’re painfully hungry and want a sandwich piled high with fresh meat, cheeses, and most importantly french fries. If so, head over to the Pittsburgh famous Primanti Bros’ for a sandwich piled high with fresh meat, cheeses, and most importantly french fries. Following your meal, whether it be picnicking on the grass or devouring one of Primanti Bros’ staple loaded Pittsburgher sandwiches, make your way to the country’s first contemporary art museum, the Carnegie Museum of Art (CMOA), which was founded in 1895. During the Christmas season, you have the chance to see a CMOA special exhibition, the nativity scene—a collection of art pieces representing the birth of Jesus. If you are a film fanatic, you will be pleased to know that the city is home to many blockbuster movies such as The Dark Knight Rises, Adventureland, and The Perks of Being a Wallflower. Take a stroll through the city to see if you can find the streets where Batman zoomed down in the Batmobile or where James’s first kiss with Em was in Adventureland (hint: 16th Street Bridge). Or, for the people out there that can’t eat anything without some ketchup, head to the Heinz History Center for a tour of how your favorite ketchup came to be at almost every dining table you sit at today. You can also take a ride on the Duquesne Incline, a funicular (a trolley car that goes up and down the side of a mountain) that scales Mt. Washington with a beautiful view of downtown Pittsburgh. Taking a ride around sunset the city looks as if it is glowing and golden.

If you love to shop, then you need to make your way Figleaf Boutique or Boutique La Passerelle for cute seasonal items and the hip Moop Shop for handmade canvas bags. Are you an all-things-vintage kind of person? Then you will be happy to hear that Pittsburgh is filled with vintage goods stores. Juju is one of many that offers chic vintage clothing as well as natural perfumes, ritual potions, tarot card readings and more in hopes that all who enter will leave with good juju. The city doesn’t just offer vintage clothing, but also vintage furniture and home decor items found at Who Knew? Retro Décor in Lawrenceville. If you want to turn your home into something you’ve once seen in a classic James Bond movie you can with them. But if your feet are tired and you just want to relax, make towards Peace, Love & Zen, a popular spa in the East Liberty neighborhood. Whether it be detoxing in the Himalayan salt cave or relaxing during a group ambient music listening session you will be pampered like the king/queen you are.

Later on in the night, you should find yourself walking through Market Square in the center of Downtown – an area saturated with all the good food and nightlife one could want. If you are looking for a good and fun performance then head to P-Town bar, a gay bar with pop music and drag shows. If it’s a cold beer or cocktail you are looking for, check out The Warren Bar and Burrow, a fun place to enjoy a specialty crafted drink. In addition, there is a well-regarded gastropub within Market Square called City Works Eatery and Pour House. Sit at the bar, meet one of the locals who are known to be some of the kindest, most intelligent, and loveliest people to speak with. If the game from earlier that day is on, your new friend will tell you how their boys in black and gold, the Pittsburgh Steelers, are some of the best players in the NFL (which isn’t wrong—they have 6 Super Bowl championships and 23 Division championships). Or, they might tell you about how Pittsburgh is becoming a vibrant hub for future tech, such as robotics and artificial intelligence which has been luring research grants and start-up companies to their progressive city. As a matter of fact, areas in Pittsburgh are being compared to the prosperous Silicon Valley. Companies in the industry are constantly testing their futuristic autonomous cars on the streets of Pittsburgh.

After a night of drinking, laughing, and, outright fun, take a cab back to your hotel, the Fairmont Pittsburgh, argued to be one of the best, if not the best, hotels in Downtown Pittsburgh. The Fairmont, opened in 2010, is seen embracing Pittsburgh’s rich history of industry and art through its contemporary, steel-focused design and local artwork solidifying it as illustrious, swank, and hip.

•          Breathtaking views of PNC Park and the Pittsburgh skyline

•          Known as the wedding destination of Pittsburgh

•          fl.2, a new Modern American restaurant which serves delicious food for each meal of the day accompanied by great cocktails

•          Andy’s, a cocktail bar in the signature lobby, is a great place to enjoy a cocktail and a live jazz performance

•          The Health Club & Spa at the Fairmont Pittsburgh offers a multitude of complimentary spa and gym amenities such as fresh, clean, and stylish Reebok workout gear including shoes, socks, shorts and a t-shirt

The city’s tourism board, VisitPITTSBURGH, shows just how welcoming and loving its people are with their campaign, “Pull Up A Chair, You Are Welcomed Here.” As part of the campaign, there will be painted by local artists throughout the city as an act of hospitality and warm greetings to tourists and locals alike.

Incoming colligates would also be happy to hear that the city has an abundant amount of unique universities and colleges. A few local universities include

a.     Ranked 70thbest school according to the 2019 edition of Best Colleges and National Universities

b.    The Pittsburgh Panthers compete in the NCAA Division I Atlantic Coast Conference and have lots of school spirit

a.     Ranked 25thbest school according to the 2019 edition of Best Colleges and National Universities

b.    Known for its programs in science and technology but includes many diverse programs

8. The Art Institute of Pittsburgh

Contrary to popular belief, Pittsburgh is not as close to Philly as many believe. As a matter of fact, it is 6 hours away by car. But regardless of whether you are from Philly, Los Angeles, or even on the other side of the world, the beautiful city of Pittsburgh awaits your arrival with open arms. Come as a tourist or come looking for new residency – especially for those who are future students, budding entrepreneurs, or looking to go into the tech industry – you will find what you are looking for in Pittsburgh. 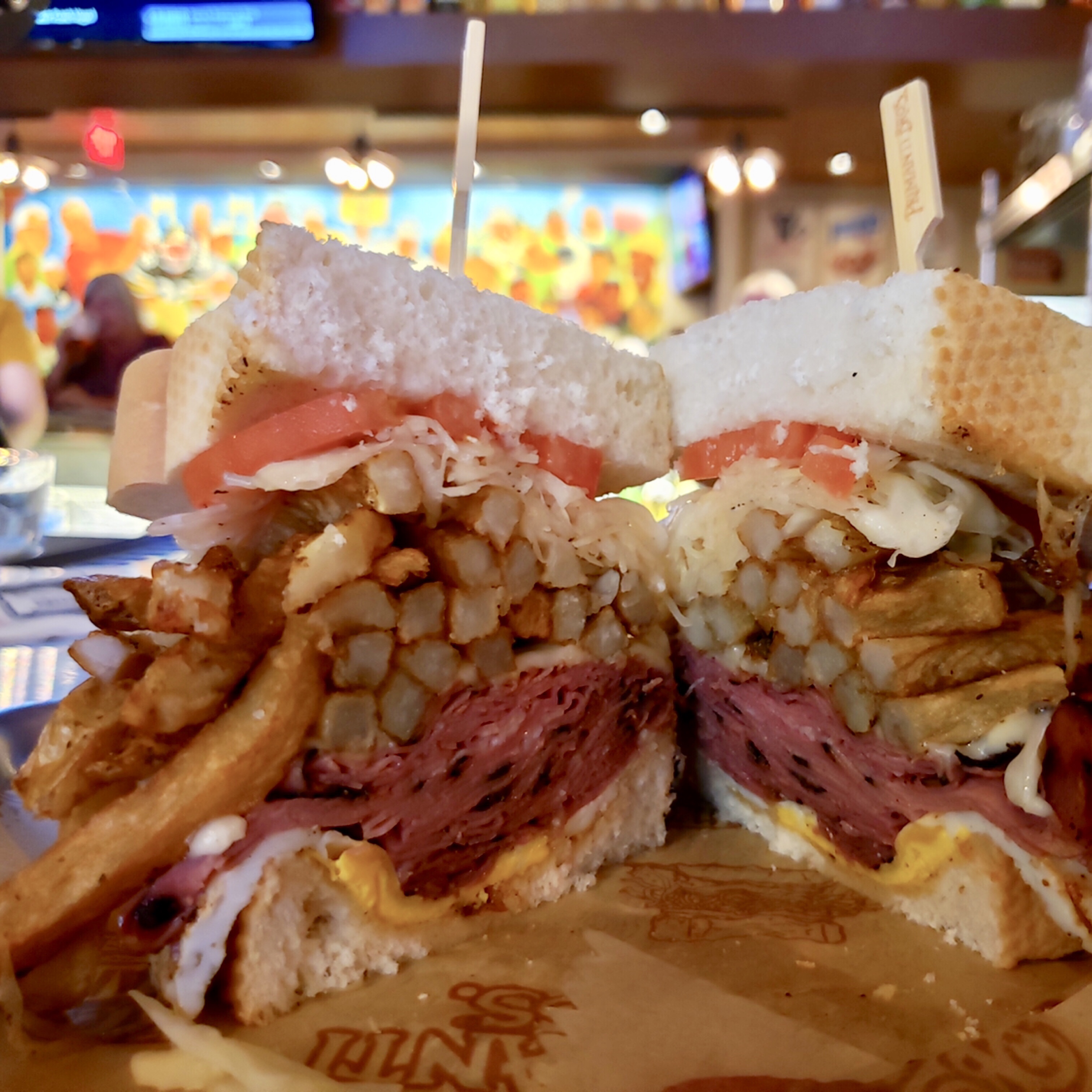 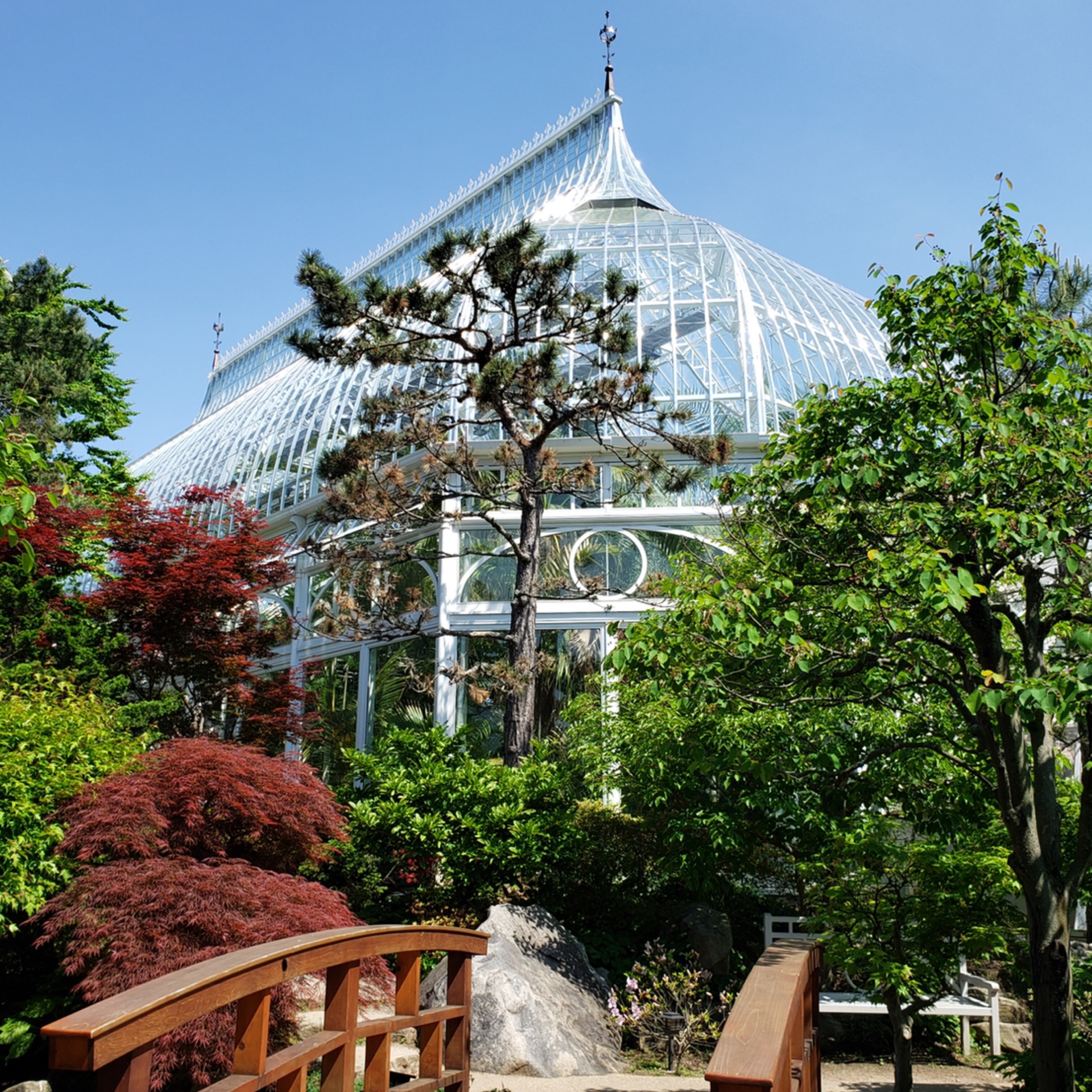 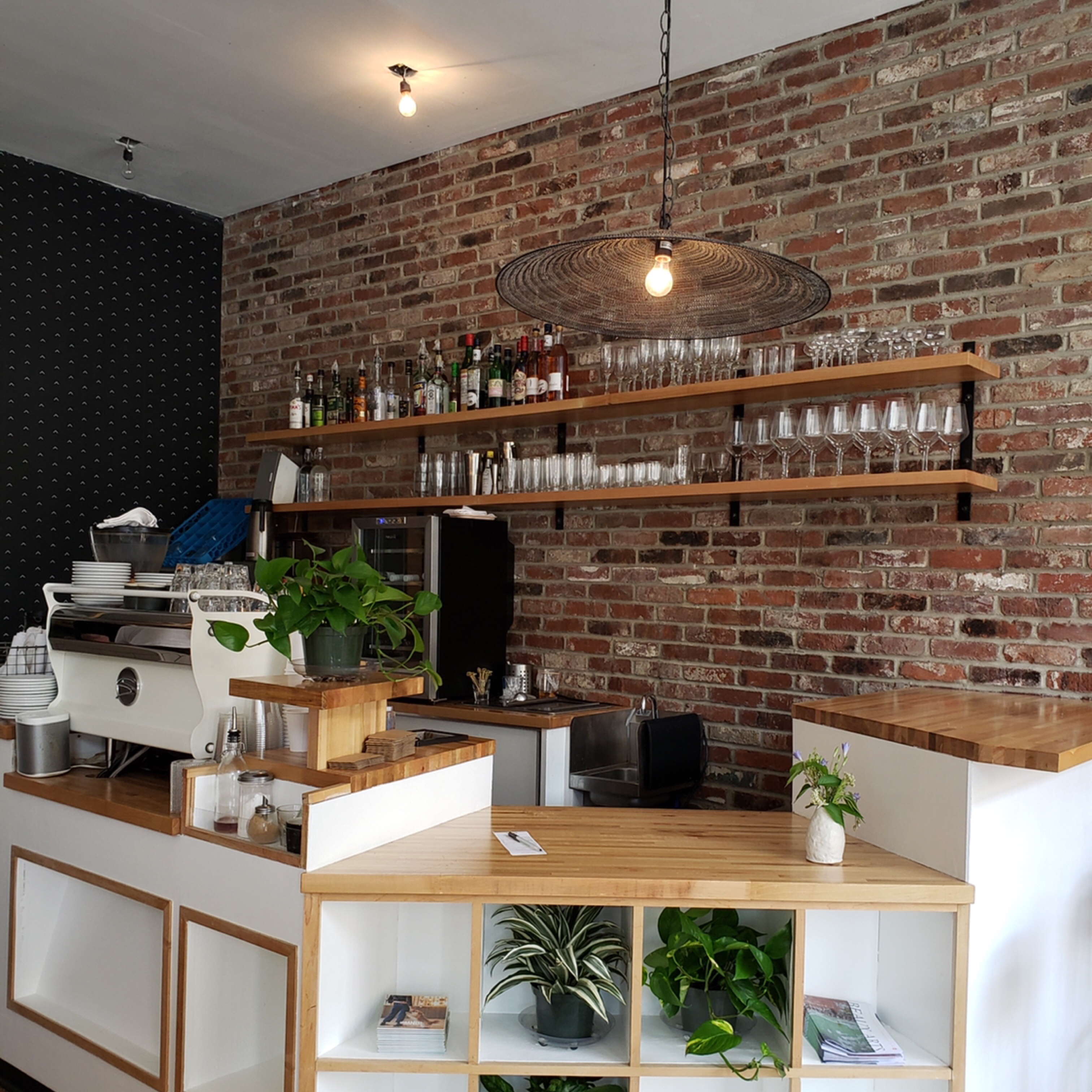 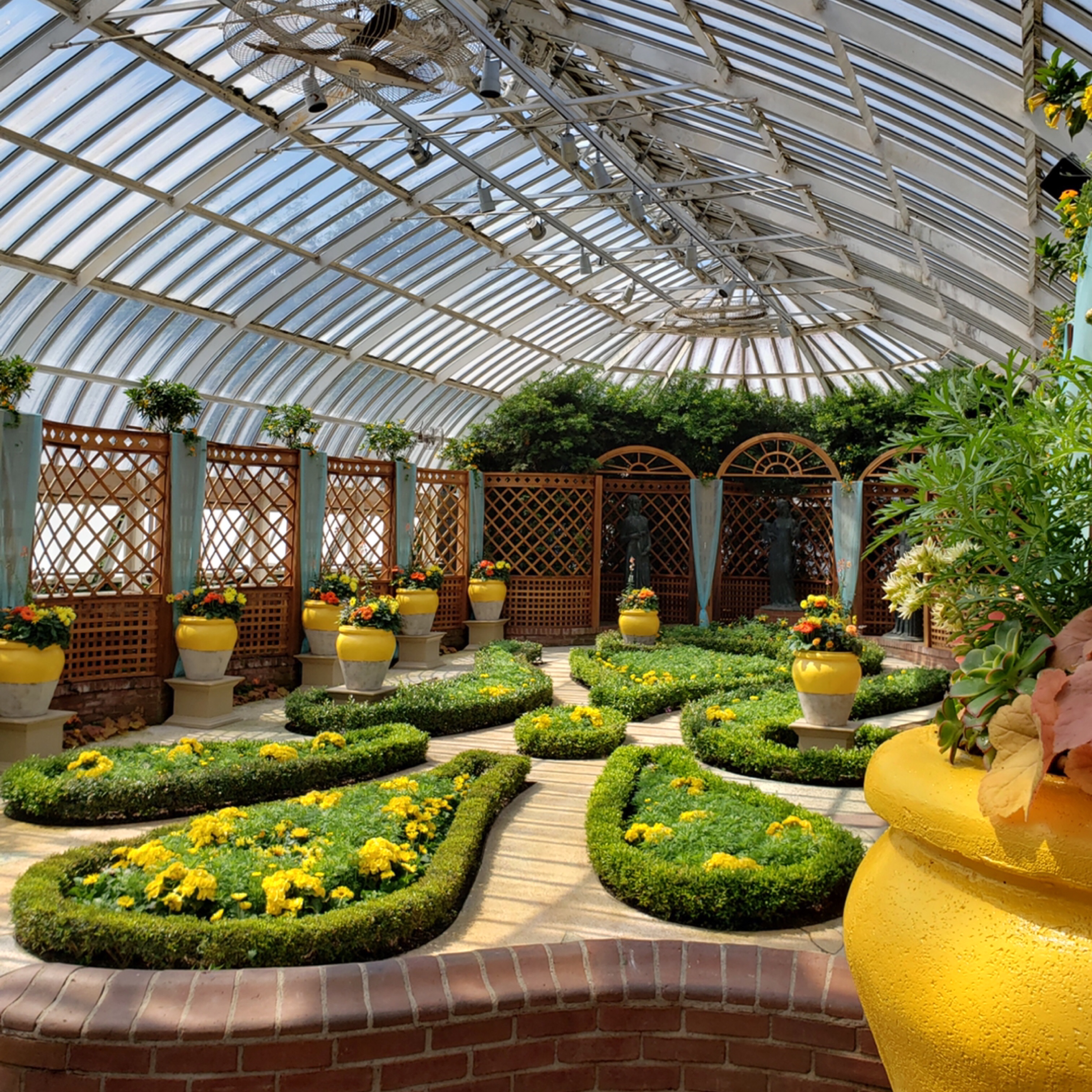 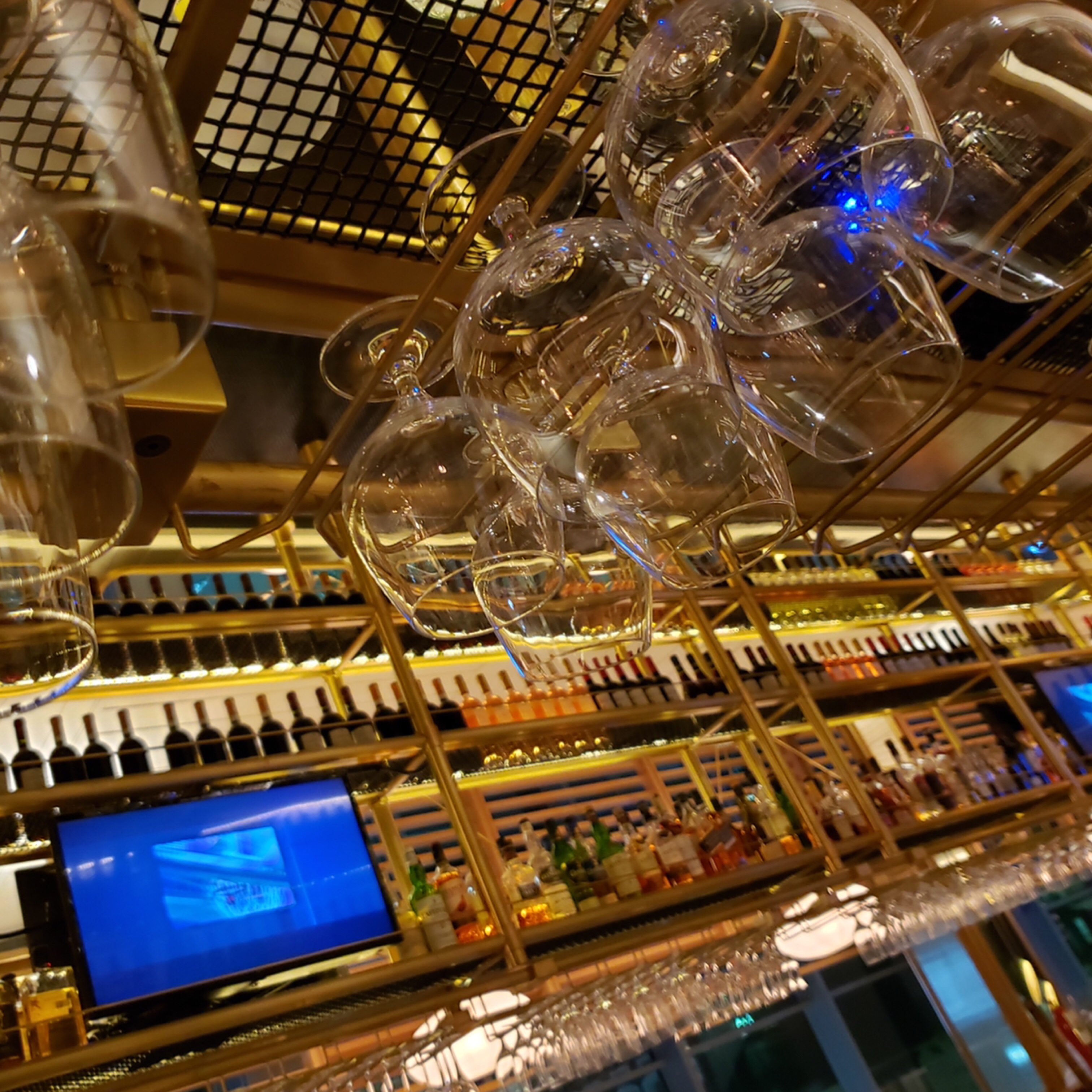