Today, ATO Records released a pair of remixes of songs from Brittany Howard’s acclaimed debut solo album, Jaime. Atlanta-based hip hop duo EARTHGANG reimagines Goat Head and Bon Iver brings fresh textures to Short and Sweet. The tracks are the first to be revealed from an upcoming collection of remixes from Jaime. Since its release last September, the album has won widespread praise from critics, earning placement on “best of” lists by The New York Times, NPR, Rolling Stone, Entertainment Weekly, Pitchfork and many others, plus fans and fellow artists.

With the addition of two new verses, EARTHGANG take Goat Head, Howard’s highly personal account of growing up as a mixed-race child in a small Southern town at the turn of the 21st century and turn it into a bold anthem for 2020’s social justice movement. Listen HERE.

EARTHGANG explains, “We’ve been big fans of Brittany and Alabama Shakes, so this is a dream come true. Songs like these help us make sense of all the craziness in the world at times. Her song Goat Head, dealing with her black experience in America and The World, resonated the loudest at this time. Just thankful to be able to give the world our medicine and heal the people.”

Bon Iver adds rich layers to Short and Sweet a song celebrating a nascent romance that Howard originally recorded alone, accompanying herself on acoustic guitar and imbues it with a twinkling, ethereal vibe that both complements and contrasts its old-time warmth. Listen HERE.

“Brittany is a truly singular artist; so much power and musicality. This album speaks to so many people, including us,” says Justin Vernon, founder of the GRAMMY-winning band Bon Iver. “To have a chance to recreate Short and Sweet in our own image with long-time collaborators Jenn Wassner and CJ Camerieri, was both an honor and almost too much of a privilege.”

Howard will perform on The Late Late Show with James Corden on Tuesday, September 29. She will serve as guest editor of the Oxford Americans 22nd annual Southern Music issue, which will be available on newsstands November 25. Howard is nominated for three 2020 Americana Honors & Awards Album Of The Year, Artist Of The Year and Song Of The Year (Stay High). A four-time GRAMMY winner for her work with Alabama Shakes, Howard spoke about women’s equality and finding her voice in the latest episode of Women Who Rock: Music & Mentorship, which aired recently on TODAY. View the interview HERE and watch her performance of Georgia HERE.

Putting Short and Sweet on the playlist she created for GQ, Phoebe Bridgers said, “[Howard’s] solo record is beyond what I thought was even possible.” Conor Oberst recently told The New York Times, “I’ve also been listening to a lot of the Brittany Howard Jaime record. I’ve always thought highly of Alabama Shakes, but it wasn’t until I heard this record that I realized she’s a national treasure.”

Jaime was awarded four stars by Rolling Stone, MOJO and Q and named the Best Album of 2019 by NPR. The track History Repeats received two GRAMMY nominations. Stay High spent three weeks at No. 1 on Billboard’s Adult Alternative Songs chart. It was Public Radio’s Most Popular Song of 2019 and named by Pitchfork and others as of the year’s best songs. Refinery29 said, “This feel-good gem will get you through any rough times and slap a smile back on your face.”

In this feature, The New Yorker praised Jaime as “deep, freaky, and heartfelt,” and said it shares “spiritual DNA with two of the boldest and most stylistically inscrutable releases of the past century: Black Messiah, the third album by the R. & B. singer D’Angelo, and Sly and the Family Stone’s There’s a Riot Goin’ On.” Hailing Jaime as “a candid autobiography in funk,” The New York Times said, “With a voice that can go to the roadhouse, the church or deeply private places, she exorcises troubles with the music’s sheer pleasure” 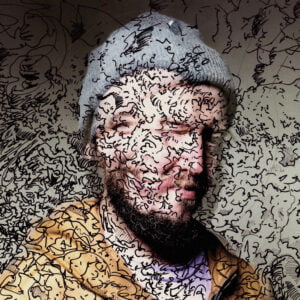 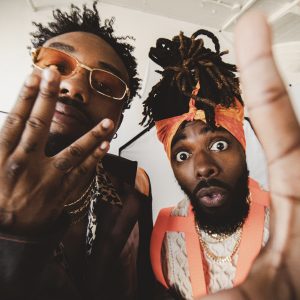