Angama Mara is delighted to announce the appointment of Azei Lago as General Manager.

Following an exhaustive search that included hundreds of applications from around the world, including Kenya’s finest hospitality professionals, hoteliers and safari operators alike, the renowned property overlooking the Maasai Mara has chosen to promote from within and confirm one of its own as its new General Manager.

“I know that Azei will be an accomplished steward, and a nurturing, fair, yet uncompromising leader, committed to pushing the team to even greater heights,” says Nicky Fitzgerald, CEO. “I am so proud we are rewarding talent from what we call ‘The University of Angama’ and will now have a fully Kenyan hospitality team caring for our guests.”

“Azei was the stand-out candidate with the appropriate mix of hospitality excellence, fanaticism about guest delight, and a true leader with a history of building and empowering his teams,” says Steve Mitchell, Angama Mara’s co-founder. “He is well-loved, well-respected and embodies everything about the ‘Angama way’ and our values of respect, honesty, courage, joy and humanity.”

With an extensive career in the hospitality industry spanning three decades – including running several restaurants and hotels and teaching hospitality management – Azei (pronounced ah-Zay) has been with Angama since its pre-opening, joining as a camp manager and most recently serving as Operations Manager. He succeeds Shannon and Tyler Davis, who are returning to the U.S. after six years at Angama Mara.

“My DNA is about delighting guests through passionate service. One cannot deliver this alone, and fortunately, this already exists at Angama,” said Azei. “As a family grows, it needs familiar stewardship and leadership with common values, ensuring continuity while promoting growth of both the business and the people who work within it. Being in a position where I can continue to make a meaningful change within Angama and in our surrounding communities, is a fulfillment of my dreams.”

Beloved by both guests and staff, Azei can trace his generous and welcoming nature back to his upbringing. Raised in a modest Nairobi household that was always full of visitors, both short- and long-term, Azei credits his early home life for his career in taking care of guests.

For more information about Angama Mara, please visit their website.

High above the Maasai Mara where some of the most romantic scenes from “Out of Africa” were filmed, Angama Mara comprises two separate and intimate camps, each encompassing 15 tented guest suites. Built on the edge of the Great Rift Valley on one of the most sought-after sites on the continent, this lodge offers heart stopping views as far as the eye can see. The lodge, helmed by industry veteran Nicky Fitzgerald (formerly of &Beyond), boasts outstanding game viewing 12 months of the year, with private access to the reserve. Inspired by the Swahili word for ‘suspended in mid-air,’ Angama Mara floats 1,000 feet above the Maasai Mara, where, every morning, hot air balloons sail past the 30-foot-wide floor-to-ceiling glass fronts of each suite. In addition to consistently excellent game viewing, including Africa’s Big Five, guests enjoy walking safaris, garden-to-table lunches in the shamba, editing their images in the photographic studio, a fitness center, a 40-foot-long swimming pool, a curated gallery of African art, clothing and jewelry, and a sun-filled studio where local Maasai women work at beading bespoke items. Angama Mara was named #1 Safari Lodge in the World by Condé Nast Traveler’s Readers’ Choice Awards 2018 and was named in the top ten safari lodges in Africa in the Travel+Leisure World’s Best Awards 2020. Opening in 2020, Angama Safari Camp is a sole-use camp situated amidst the mega herds of the Great Migration and features the same fresh safari aesthetic as its sister camp Angama Mara. For assistance in planning a safari, the bespoke travel concierge service, Angama Safaris, is standing by to ensure smooth, seamless and safe travels around East Africa. 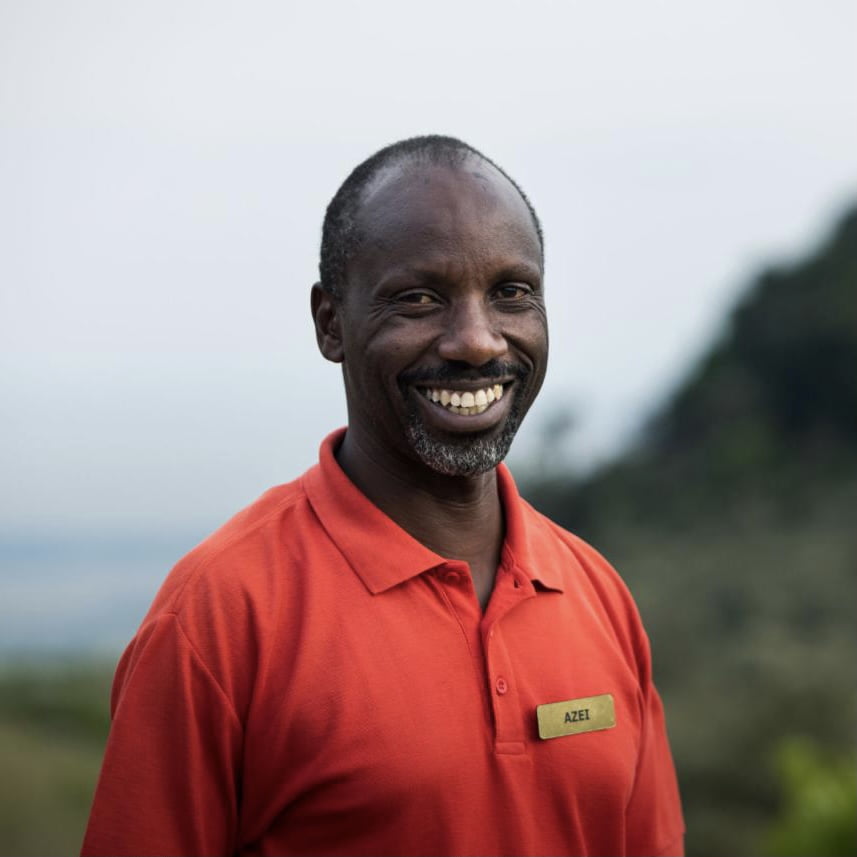