Citizen of World III, by Tennessee Williams (1970s), oil on canvas board. On loan from David Wolkowsky. The young man depicted in this painting is symbolic of Williams’ acceptance bout becoming a target due to his sexuality.

At the Jewish Museum of Florida-FIU in Miami Beach Final Month – on view now through October 7th.

From the Collection of David Wolkowsky, Scion of Pioneer Jewish Family that Settled Key West in the 1800’s.

Long known as “Mr. Key West,” David Wolkowsky, the famed scion of Florida’s pioneer Jewish family that helped to settle Key West in the 1800s, has loaned his paintings by close friend Tennessee Williams to the Jewish Museum of Florida-FIU their premiere in Miami Beach.

This is one of the few times they have been exhibited outside of Key West. The exhibition Tennessee Williams: Playwright and Painter is an intimate showing of nine exquisitely rare paintings by one of America’s greatest playwrights, created Williams in Key West during the 1970s. One of his closest friends was David Wolkowsky, the Key West developer who owned a private island called Ballast Key (nine miles from Key West), and the Pier House Resort.

Both idyllic locations were the scene of many glamorous gatherings hosted by David and Tennessee, including parties for Hollywood luminaries, heads of state, and society’s crème-de-la-crème.

If these paintings could talk, oh the stories they’d tell… 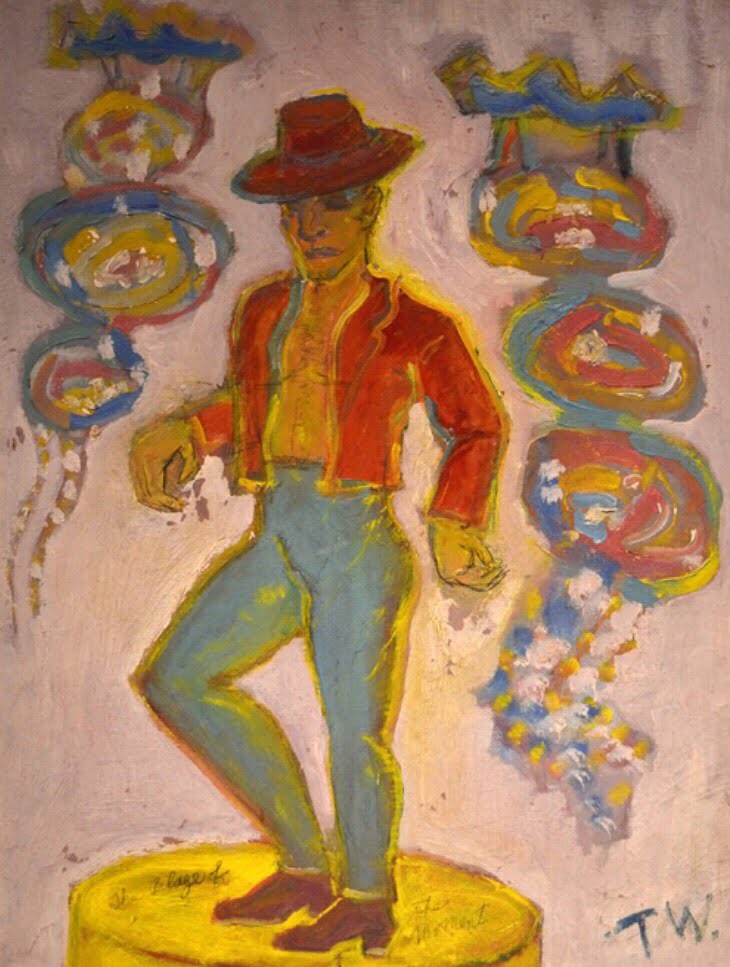 The Blaze of the Moment, by Tennessee Williams (1970s), oil on canvas. On loan from David Wolkowsky. 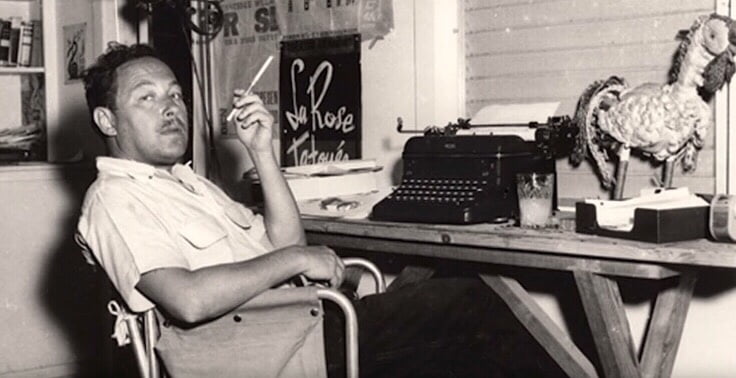 Subject matter includes the writer’s famous cohorts during the 1970s in Key West (including a portrait of a very young Michael York), and personifications from Williams’ own poetry, short stories, and characters from his plays.

Billie Holiday songs played in the background while Williams captured different images on his canvas.

Some of the paintings by Williams feature gay themes. An “open secret” throughout his fabled career, the playwright struggled with societal prejudices from a young age, and the taboos surrounding homosexuality during his lifetime manifested in a number of Williams’ paintings.

His artwork remains widely popular among collectors, most of these sought-after paintings from the last years of his life are in private hands and rarely seen.

These precious gems are the pride of the Key West Art & Historical Society, and the Miami Beach exhibition (on view through October 7 at the Jewish Museum of Florida-FIU) is an uncommon opportunity to see in person how Williams expressed through painting his feelings about sexuality, loneliness and being gay. 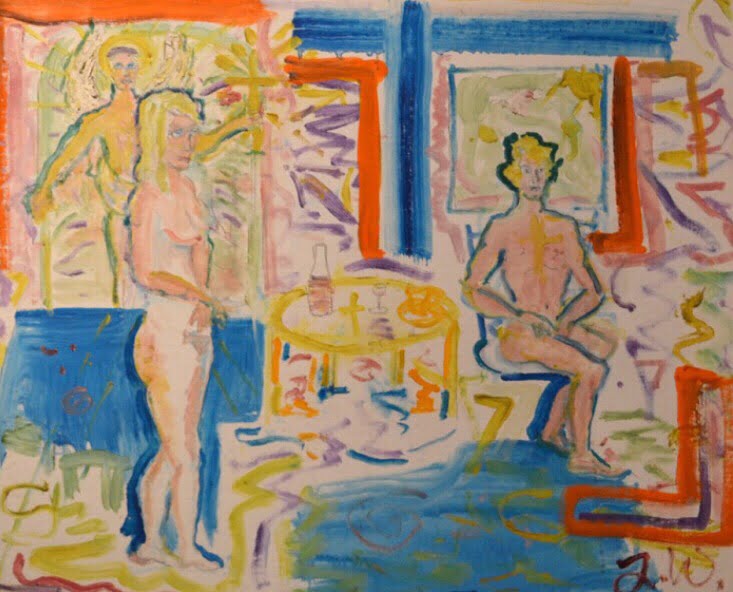 The Tidings Brought Mary at Far Rockaway, by Tennessee Williams (1975), oil on canvas. On loan from David Wolkowsky.

Most of these sought-after paintings from the last years of his life are in private hands and rarely seen.