by Robert Grant
My heart beat with anticipation as the plane broke through the clouds as we approached Narita International Airport. The 22nd stop on my international checklist couldn’t have looked more picturesque from this view. Upon arrival, I advanced to customs where I was corralled through a maze-like queue I would liken to the old school snake game. Shortly after, I approached an automated kiosk attended by a customs official, who surprised at my stature jokingly remarked that the machine was made for Asians. Passport in hand, I stepped up to the counter at the final checkpoint and receive my stamp to enter Japan. With a quick smile and gesture to pass the attendant said “Arigatou! Welcome to Tokyo!” 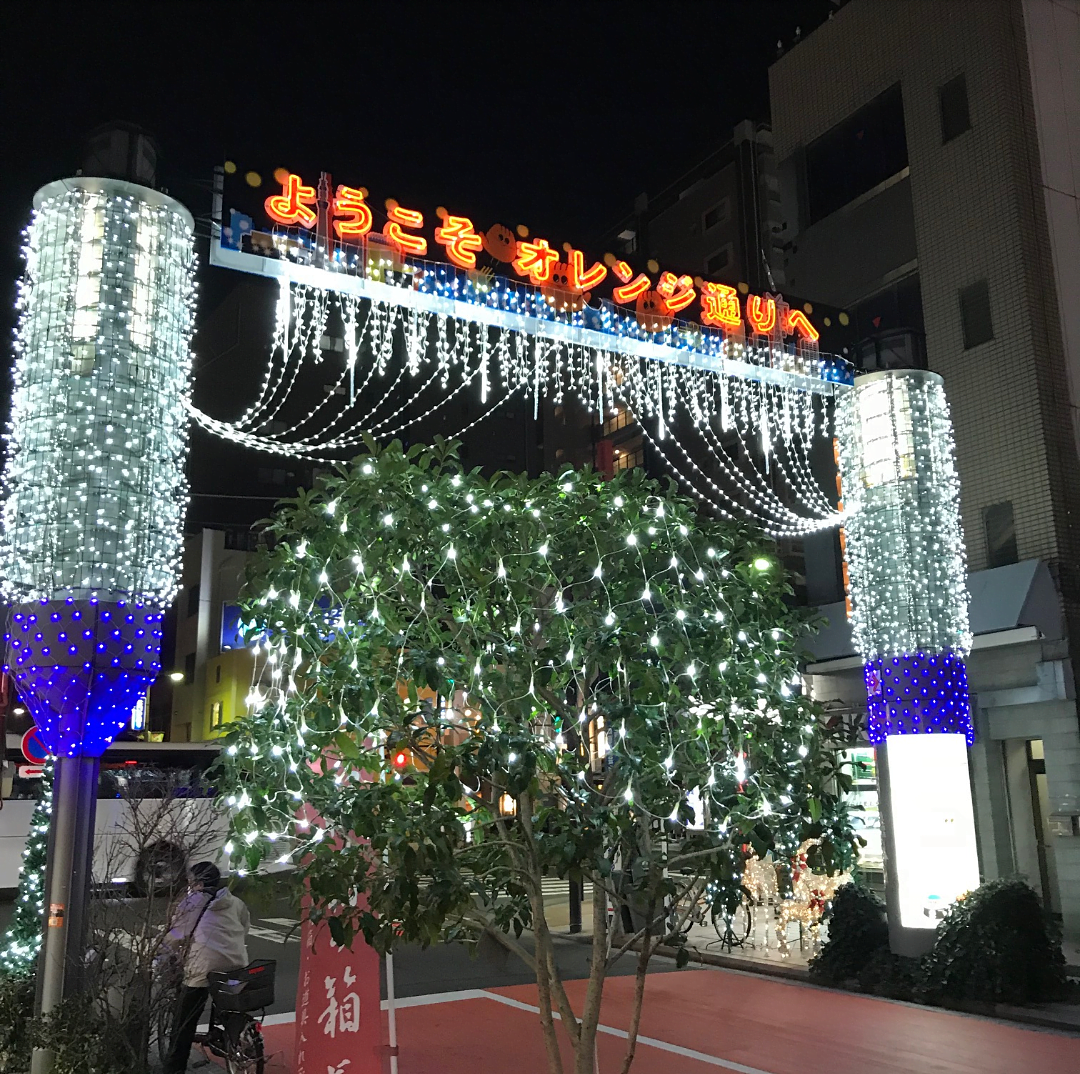 My first morning in Tokyo started like any other. I woke up early, ready to seize the day. I lifted the curtain and popped out of my sleeping quarters to head for the showers. At 9 hours, an ultra-modern take on the traditional Japanese capsule hotel, living out of a locker for 4 nights somehow felt super trendy and posh. Exceptionally clean facilities, private bathrooms and showers and a super sleek, minimalist design explained the “Fabulous” rating on my booking website. As always, I strove to tour like a local, having accommodations that were authentically Japanese was paramount. 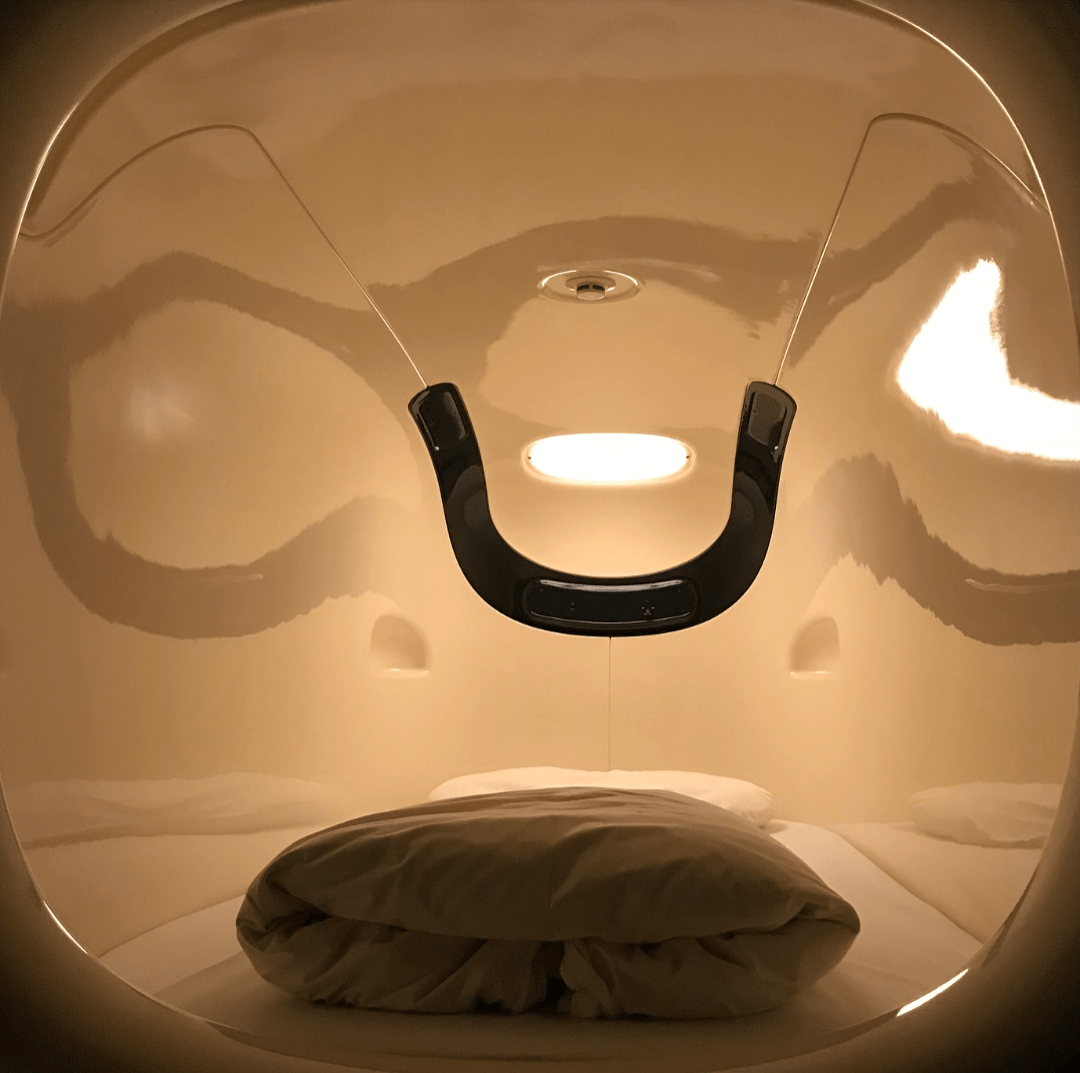 When exiting my hotel in Shinjuku I was quickly swept into the cadence of the crowd outside. The city has a true rhythm, a viable beat that you either get on or awkwardly exist outside of. Luckily my cultural metronome was in tune and I set out ready to embrace my week as a Tokyoite. Here’s the TEA on Tokyo.

Among the many quirky shops and unconventional things to pursue in the city, there are the famous cat cafes. They’re literally all over Tokyo and are just what they seem to be. I dropped into Calico Cat cafe in Shinjuku. I spent some quality time with my feline friends while enjoying a traditional Japanese milk tea with boba. At 1000 yen per hour it’s a welcome escape from the bustle of the city that won’t break the bank.
A visit to the tallest tower in the world will give you vertigo if nothing else. The Tokyo Skytree, standing at 350 meters, gives one incredible view of the city while providing equally heightening entertainment and shopping. The attraction starts with a massive shopping mall, chock full of retail and restaurants, (Tokyo Skytree town) to engorge the senses before leading to the attraction. After purchasing my ticket at the will call, I was ushered into a massive elevator that ascends the height of the tower in under a minute (your ears will pop). The top platform features a cinema, photo booth and of course the resident gift shop; however the real treat is the view. At night the metropolis is an endless sea of light rippling in all directions. For the more courageous, there is a portion of the floor that has a glass bottom. Don’t look down! 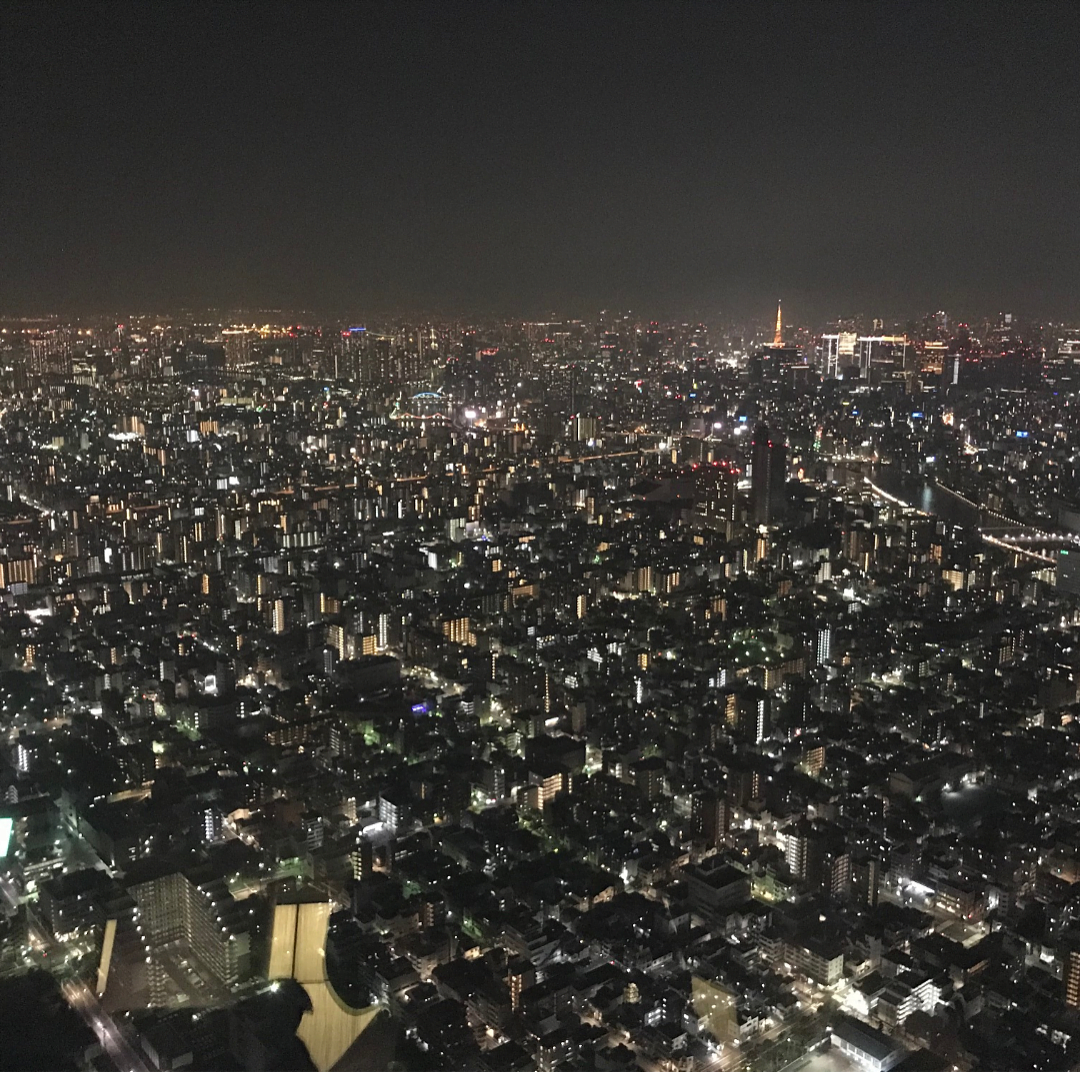 Eat
One of my favorite Japanese snacks and the ultimate street food in Japan, is takoyaki. The ball of dough is filled with grilled octopus and is fried to a crisp golden brown on the outside, leaving the inside a nice gooey consistency. Topped with a sweet soy sauce, mayo and bonito (fish) flakes, this makes the perfect snack if you’re in a hurry. It’s sold practically everywhere (convenience stores, street vendors, restaurants) however the perfect stop for me was Gindaco Takoyaki. A causal chain found all over Tokyo. Here they specialize in the treat and make them to order with a number of toppings and flavors. I stumbled upon the location in Kabukicho and spent a moment enjoying a Japanese highball (beer infused with liquor) while watching the busy square outside. 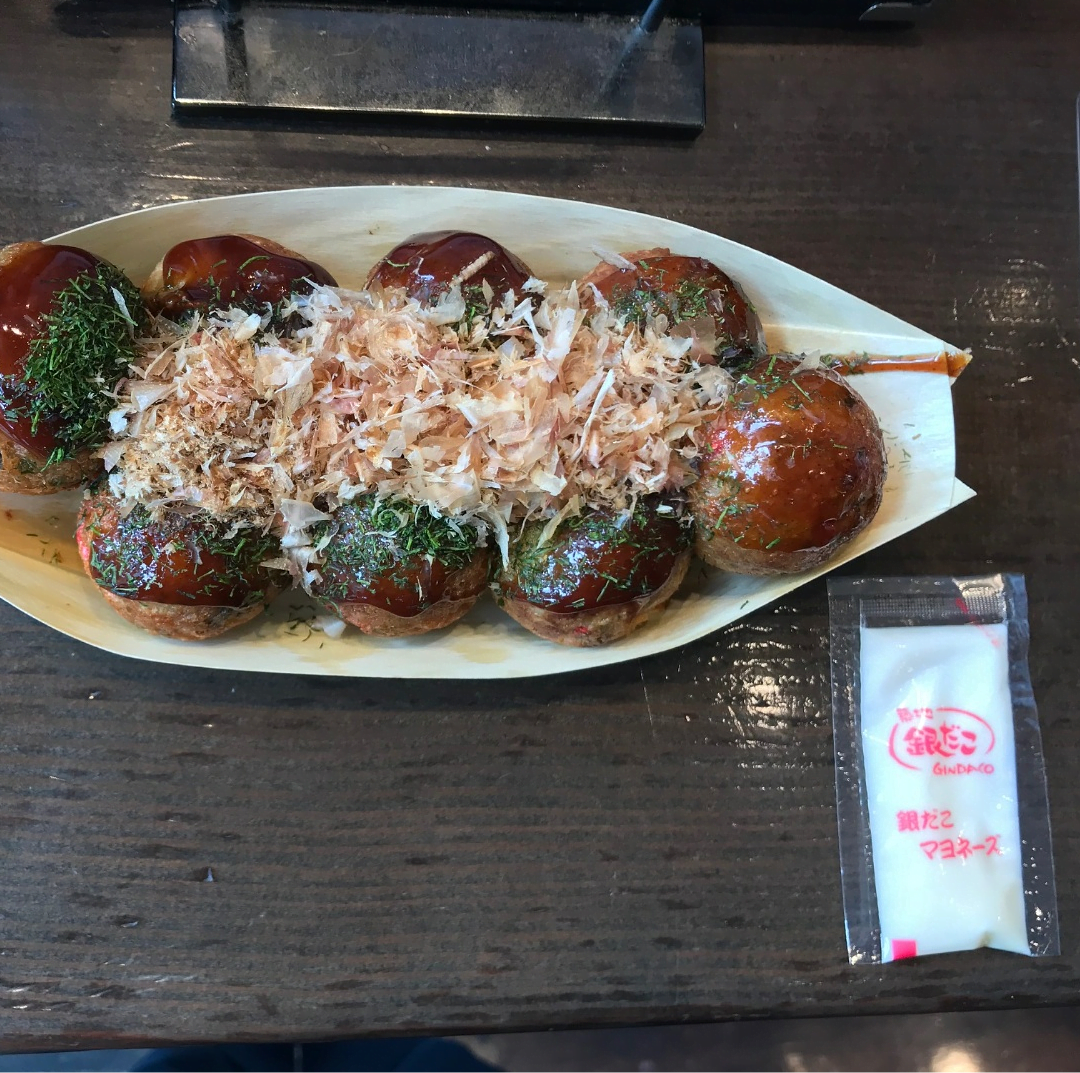 A trip to Tokyo without sushi? Unheard of. Although a novelty in the states, conveyor belt sushi restaurants are definitely worth a visit in Tokyo. I dined at Smart Sushi at the Shinjuku JR station and had a phenomenal experience. Have your pick of fresh sushi as it goes round on the belt or select made to order hot and cold dishes (and sake of course) from the tablet at your seat. I couldn’t help but think about the efficiency of the whole experience. Is this the future of dining?
Adventure
From Shinjuku Station I took the Keiko Highway bus towards the Fuji Five Lakes region and Kawaguchiko. The two hour ride is quite scenic, taking you west of Tokyo. It’s just the right distance for a perfect day trip. Buses are outfitted with WiFi and in-seat power outlets making for a comfy ride. As I left the city behind, I traded the tall compact skyscrapers of Tokyo for wide open spaces and countryside homes. On approaching to the final bus stop, the topography changed significantly as the mountains jut out before you and the winding roads lead into the small town before Fujikawaguchiko. 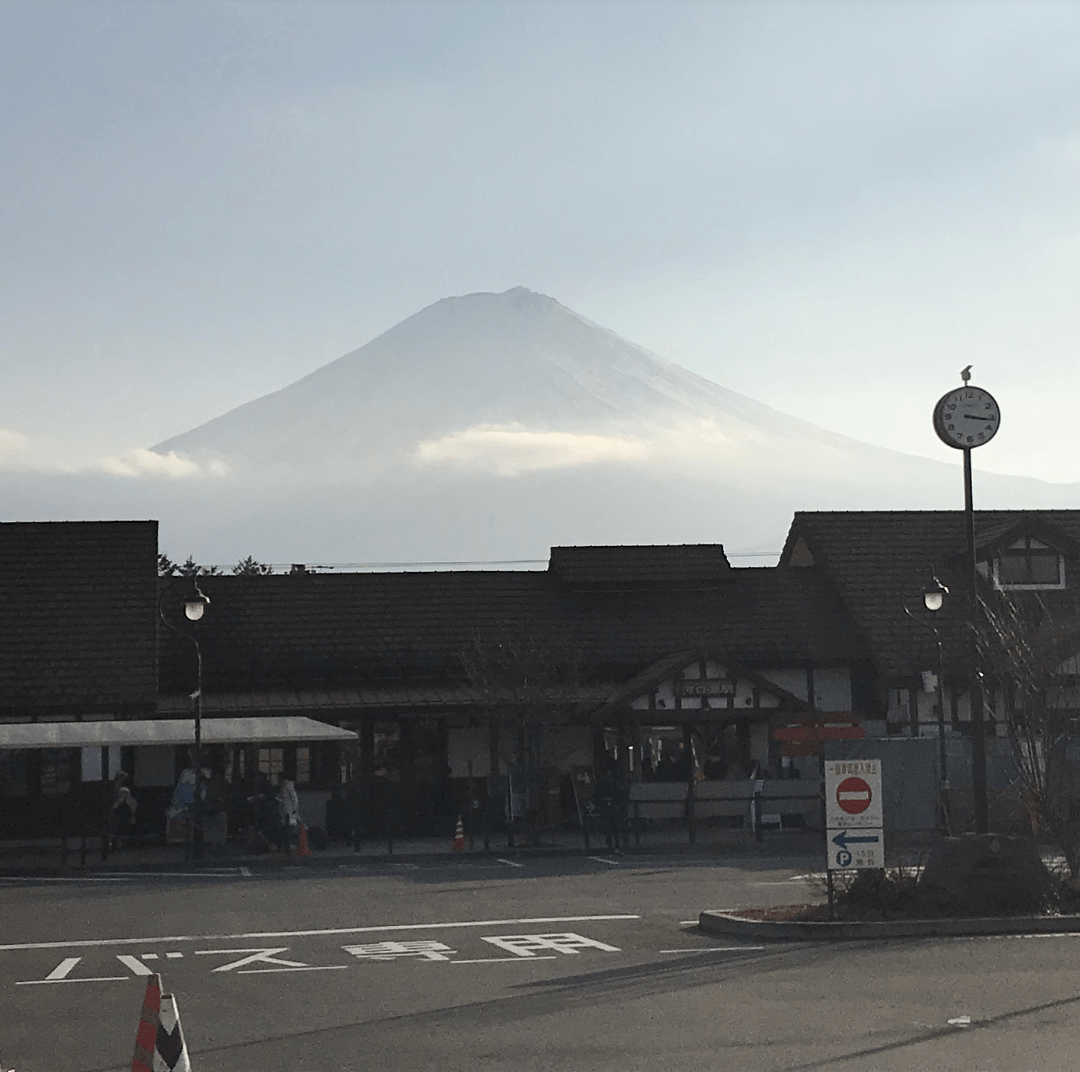 The snow capped peak of Mt. Fuji commands the skyline above Kawaguchiko Station, which is the closest one can get to Japan’s majestic active volcano during the off season. The terrain is only safe for driving and climbing during July/August; however the view from here is unparalleled on a clear day. The station was packed with tourists and locals alike, perusing the shops and attached cafe; while the train yard is full of photographers admiring the vintage trains and snapping away at Fuji-san. I ventured across the street to a very unassuming traditional Japanese restaurant, which is aptly named as such. While enjoying a fantastic Katsudon, I gazed out the window at the beauty that is Japan’s tallest mountain.
As I boarded the Narita Express train from Shinjuku, I longed for so many of the other fascinating experiences one can enjoy in the land of the rising sun. I assured myself that four nights in Tokyo could not have been better spent. The T, E and A of my trip made for some lasting memories and affirmed my return trip to Japan in the near future. Until the next chapter…
Arigatō gozaimasu!
Links:
https://ninehours.co.jp/en/
https://www.japan-rail-pass.com/japan-by-rail/travel-tips/getting-around-in-tokyo
https://en.m.wikipedia.org/wiki/Katsudon
http://www.tokyo-skytree.jp/en/
https://yelp.to/qTKq/BXzSpEf8nK
https://tokyocheapo.com/travel/tokyo-to-mount-fuji-transport/
https://www.tripadvisor.com/Attraction_Review-g1066457-d6753205-Reviews-Cat_Cafe_Calico_Shinjuku-Shinjuku_Tokyo_Tokyo_Prefecture_Kanto.html