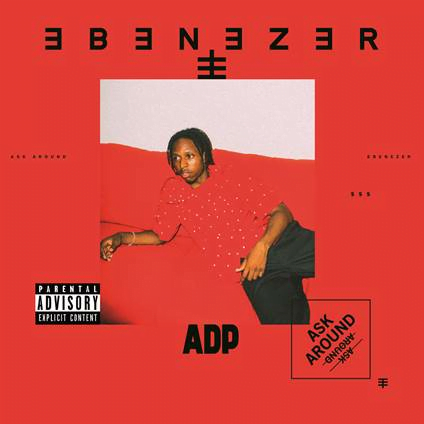 Following the release of his debut track“Cliché,” Ebenezer drops his follow up single “Ask Around” produced by ADP (MIA/Krept & Konan). “Ask Around is about a party that myself and ADP are hosting where people can come as they are. Just be you, come party with us and if you ask around you’ll know we are the life of the party”, Ebenezersays. “Ask Around” is now available at all digital retailers.

In a few short years Ebenezer has worked with the likes of Rejjie Snow,Jeremih, Ty Dolla $ign and Craig David. With the release of “Cliché” he’s now stepping out on his own, further carving his musical journey – one of emotionally tinged R&B with hints of trap, completely void of the usual pretence that’s flooded the genre. In a way, it could be described as conscious turn-up music, but without a holier than thou message it’s simply real.Ebenezer is telling his stories to the world.

Born in Homerton, Ebenezer spent most of his childhood at a cousin’s house in Hackney along with his brother and sister. While his mother was busy holding down three jobs,Ebenezer and his brother spent most of their free time listening to music, watching MTV Base and learning to produce.

Listen to “Ask Around” HERE.