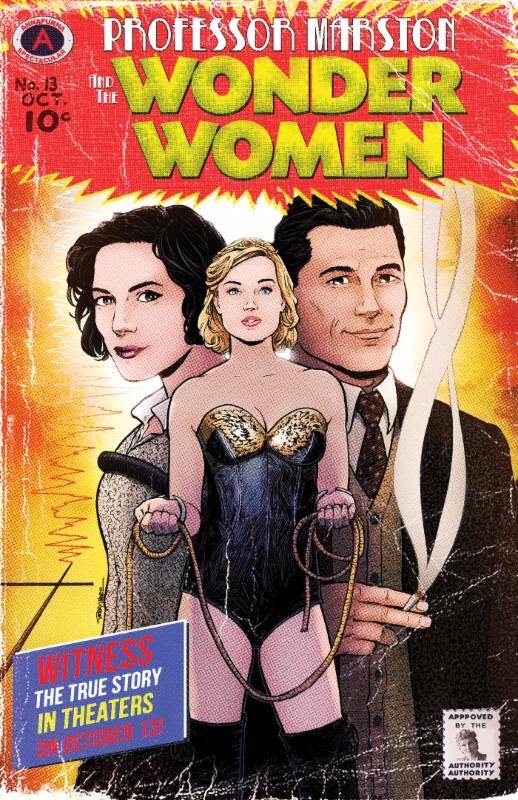 In a superhero origin tale unlike any other, the film is the incredible true story of what inspired Harvard psychologist Dr. William Moulton Marston to create the iconic Wonder Woman character in the 1940’s. While Marston’s feminist superhero was criticized by censors for her ‘sexual perversity’, he was keeping a secret that could have destroyed him. Marston’s muses for the Wonder Woman character were his wife Elizabeth Marston and their lover Olive Byrne, two empowered women who defied convention: working with Marston on human behavior research — while building a hidden life with him that rivaled the greatest of superhero disguises.

Annapurna, founded by Megan Ellison, focuses on creating sophisticated, high-quality content that is critically and commercially conscious while still appealing to a diverse audience. By upholding Ellison’s vision to put filmmakers and artists first and preserve their authentic creative voices no matter the genre or medium, in 5 years, the company has garnered a total of 32 Academy Award nominations for their projects, including ZERO DARK THIRTY, JOY, THE MASTER, FOXCATCHER, and THE GRANDMASTER. Ellison is also one of only four honorees ever to receive two Best Picture nominations in the same year, with HER and AMERICAN HUSTLE, both earning nods in 2014. Currently, Annapurna is in release for Kathryn Bigelow’s DETROIT, its first distribution title, which debuted to strong critical acclaim. Other upcoming releases for 2017 include Angela Robinson’s PROFESSOR MARSTON AND THE WONDER WOMEN. The company is also in post-production on Paul Thomas Anderson’s PHANTOM THREAD starring Daniel Day-Lewis and is in production on the film adaptation of Maria Semple’s WHERE’D YOU GO, BERNADETTE, directed by Richard Linklater and starring Cate Blanchett, Billy Crudup, and Kristen Wiig and on Jacques Audiard’s first English-language film, THE SISTERS BROTHERS. Annapurna’s other recent projects include Mike Mills’ 20TH CENTURY WOMEN, which was nominated for two Golden Globes and earned Mills a Best Original Screenplay Academy Award nomination, as well as SAUSAGE PARTY, WIENER-DOG, and EVERYBODY WANTS SOME. Bigelow also directed and partnered with Annapurna on the animated short LAST DAYS, about illegal elephant poaching and the ivory trade